The Pilot is a special class representing operators of air vehicles. In earlier games, the class offers no unique equipment and is purely a cosmetic class, with the player retaining the kit they chose when spawning into the air vehicle. In Battlefield 1, the Pilot class becomes a distinct class with its own unique loadout.

First appearing in Battlefield 2, it allows the player's character model within the aircraft to resemble that of an actual pilot of whichever nation's air force they are playing as. In all other aspects, the player retains whatever class they chose during spawn, with all chosen weapons and gadgets. In the sense that it is not available as a character class, it is similar to the flamethrower kit.

The Pilot kit reappears in Battlefield 3, this time with separate models for jet pilots and helicopter aircrew (pilots and gunners).

In Battlefield 4, players that eject from an aircraft's pilot seat will continue to wear the pilot uniform until they respawn or enter a different vehicle. Chinese pilots wear blue flight suits, Russians wear olive drab, and Americans wear green-gray.

Battlefield 1 introduces a distinct Pilot class for air vehicles.[1] Players spawning into the pilot seat of aircraft will be issued the kit, continuing to use it once they exit said vehicle.

Along with the Tanker class, the pilot's primary weapon is considered to be their vehicle, but carry a pistol carbines and handgun for self-defense. The rest of their kit consists of a repair tool to maintain their aircraft, a spotting flare to signal distress (and spot enemies), a Frag Grenade, a gas mask, and a survival knife.

While flying their aircraft, pilots can repair some damage, an ability reminiscent of Battlefield Heroes. Lone pilots flying multi-seat aircraft can also switch between the seats. But unlike previous titles, the pilot is vulnerable for a few seconds as he maneuvers from seat to seat.

An important note is that the Pilot kit is unavailable in the main menu screen's Class Customization, and purchasing weapons or editing the loadout can only be done during a match.

The Pilot kit has access to two class-specific specializations with ability to help the passengers and reduces the time for airplanes being spotted by enemies. 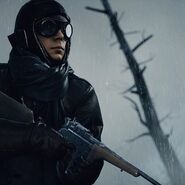 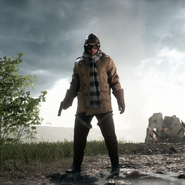 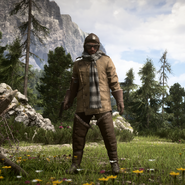 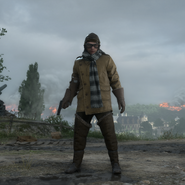 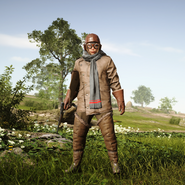 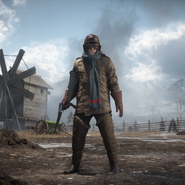 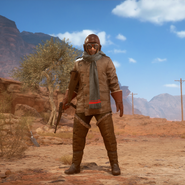 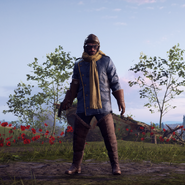 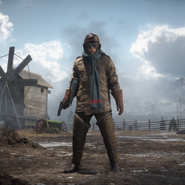 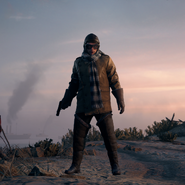 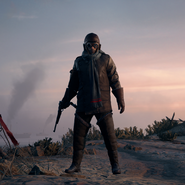 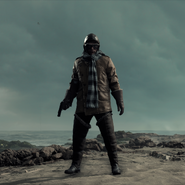 The Pilot class returns in Battlefield V, with players spawning with air vehicles being given the kit. They are one of three classes, along with the Support and Tanker to have a Repair Tool included in their Toolbox.