Battlefield Wiki
Register
Don't have an account?
Sign In
Advertisement
in: Standard, Detectors, Specializations of Battlefield 3,
and 3 more

1200 EXP with any Vehicle or Emplacement

Reveals all enemy players and explosives within 20 meters
"The next technological advancement in vehicle sensors, these enhanced tracking devices mark the position of enemy units in direct proximity of the vehicle and display them on the mini map. Added security when infantry support is unavailable."

The Electronic Warfare Package is a vehicle specialization featured in Battlefield: Bad Company 2 and is available to most vehicles.

The EWP functions identically to the Motion Sensor thrown by Recons but its range is shorter. Any players who move near the vehicle will flash on the minimap and also enemy explosives that are within the detection range. The package does not detect other vehicles.

It is ideal in smaller urban maps where chokepoints may offer opportunities for mines and C4 to jeopardise the vehicle.

•Vehicle-mounted infantry detector
•Active while in any seat of the vehicle
"External sensors detect and reveal enemy units on your minimap."

Proximity Scan is a vehicle specialization featured in Battlefield 3 and is available to all vehicles. When it is equipped, enemy infantry in the immediate area are marked on the minimap. This specialization also works for the gunner in a MBT or IFV.

Unlike T-UGS, Proximity Scan does not ignore height and instead will detect enemy infantry within a 29m sphere. Standing still, going prone or crouching does not hide infantry from proximity scanners.

Proximity Scan does not detect vehicles.

While available for all vehicle classes, it is of little use to air vehicles. Helicopters are typically at medium range to their targets, jet fighters move too fast, and all air vehicle weapons except the attack helo gunner's cannon are forward firing. A helicopter crew attempting repairs may potentially find use for Proximity Scan as early warning against ambushers, as ground vehicles certainly do. 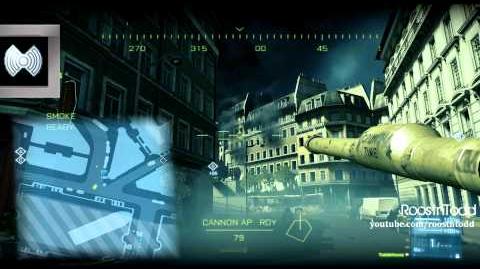 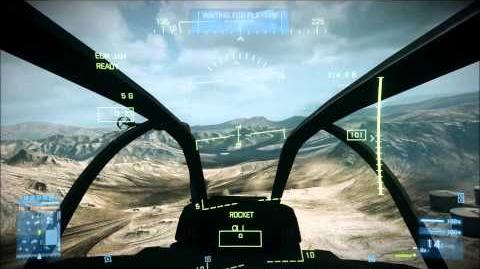 Prox Scan Does *Not* Ignore Height-1

Proximity Scan is a vehicle upgrade specialization that reappears in Battlefield 4. The specialization creates a pulsating sphere around the vehicle, as seen on the mini-map, revealing any nearby by enemy forces within the scanner's vicinity.

"Scans the area around the vehicle and reveals enemy movement on the minimap."

Proximity Scanner is a vehicle upgrade specialization featured in Battlefield Hardline. It reveals the location of nearby enemies in the scanner's vicinity to the player on the minimap.

Reveals infantry within close range of vehicle
"Active sensor pulse that detects enemy presence near the vehicle. Shares that information with all vehicle occupants."

In Battlefield 2042, the Detection Pulse is a vehicle gadget available on many ground vehicles, and the MD540 Nightbird helicopter. On vehicles featuring a spotting position, it appears alongside the Sensor Array. On the LATV4 Recon, it can be unlocked for use by the driver.

The Detection Pulse exposes nearby infantry positions on the minimap for a period of time, visible to all vehicle occupants. The cooldown is short, but provides a window of opportunity for opponents.