The Model 700 LTR (Light Tactical Rifle) is a modern variant designed for Law Enforcement operators. Its stock is made from aluminum and polymer and is also slimmed down compared to other models. It also features a fluted barrel. These factors significantly reduce weight, allowing for greater mobility.

0.5
0 ┴ 0
"The R700 Light Tactical Rifle is a police-issue accurized lightweight sniper rifle for when you really want to reach out and touch someone. This rifle is exceptionally accurate."

The R700 LTR is a sniper rifle featured in Battlefield Hardline.

It is a purchasable rifle for the Law Enforcement Professional. It comes equipped with a Rifle Scope. The rifle boasts high accuracy, requiring little adjustment for longer range targets.

Like other Police-specific weapons, it can be acquired for the Criminal team by purchasing the Weapon License, requiring 1250 kills and $50,000. 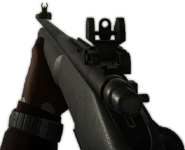 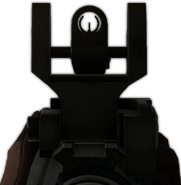