Eastern border of Afghanistan, near Pakistan

Road to Jalalabad is a map featured in Battlefield 2. It is comprised of a dense city surrounded by an open desert area. The layout of the map is very similar to that of Strike at Karkand. The map was added in Patch 1.41, after Highway Tampa but before Operation Blue Pearl.

"The American war machine has thundered over to the eastern border of Afghanistan in its continued battle against the MEC. Jalalabad dominates the entrances to the Laghman and Kunar valleys, and is the first stop for men and supplies streaming across the Pakistani border into Afghanistan. It's a crucial training and logistical outpost of the MEC forces, who are holed up in the heart of the city awaiting an impending US onslaught with bated breath. This city is strategic capture point and must be taken at any cost!"

The uncapturable US base. Spawns the following:

The only neutral control point.

One of the non-base MEC control points that, unusually, spawns an Artillery gun.

Another non-base MEC outpost that spawns an Artillery gun. 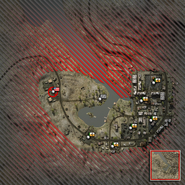 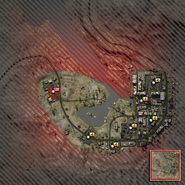 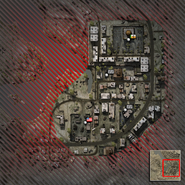