...We maybe the only ship left, but we will not go down without the fight. Strike with speed and courage...let the storm carry us home.Roland Garrison during the mission Singapore.

Captain Roland Garrison is a character featured in the Battlefield 4 campaign and the novel, Countdown to War. He is the Captain of the USS Valkyrie.

Roland Garrison was born in 1958, later joining the United States Navy. Eventually he got married and fathered a child, Tommy Garrison, who idolized him. After being put in command of the USS Valkyrie, Garrison would occasionally allow his son to stay aboard, who marveled at the sheer size of the ship. Due to complications from his job, however, Garrison's wife later divorced him.

Having idolized his father since he was a child, Tommy joined the USMC. After being deployed to Afghanistan in 2014, Tommy was killed by an unknown cause while under command of Laszlo W. Kovic. Devastated at the death of his son, Garrison became deeply depressed and grew a great dislike for the CIA and other agencies. Kovic, feeling guilty over the death of Garrison's son, tried numerous times to contact by phone, only for Garrison to refuse to speak to him. This forced Kovic to write a personal letter of apology and condolences though Garrison still refused to accept his apology. Garrison and the USS Valkyrie were later deployed to the South China Sea to keep an eye on China.

During his station in the South China Sea, Garrison had met Admiral Chang Wei of the People's Liberation Army during the first joint Sino-American exercises for political purposes. There, Chang appeared to be respectful but aloof, barely able to hide his disinterest for being there. Garrison met Chang again to formulate a strategy for their anti-piracy campaign in the South China Sea. It was here that Garrison noticed a great change in Chang who now made no attempts to restrain his opposition to the policing of waters so close to China by the United States.

Garrison sent six Marines under the command of CIA Agent Kovic, to the North Korean border of China to extract Shun-kin, a defector. Later that day, Garrison received news from Bale, his communications officer that they were picking up high activity at the North Korean border where his Marines where supposed to located. Garrison then demanded for the exact coordinates of the activity and then went to contact Krantz and Benshin to fill him in on the situation. As the bodies of his Marines were being returned, Cutler came aboard the Valkyrie to fill Garrison in the situation. He told Garrison how Kovic had been the only survivor of the incident and how he supposedly went back to his apartment and committed suicide by lighting the building on fire.

After Cutler's departure from the ship, Garrison proceeded to inform the families of the deaths of the Marines at the North Korean border. While doing this, however, Garrison could not help feeling there was more to Cutler's report despite the fact that Cutler had followed procedure. His suspicions proved correct after Kovic, who was revealed to have been alive, called Garrison on his private line. Kovic then explained the events that had transpired, only for Garrison to question what was stopping him from informing Cutler of Kovic's survival. Kovic responded by stating that Garrison wanted answers too and wanted to get revenge for the death of his men which proved correct.

Kovic then told Garrison that he had a name of the culprit behind the attack, Tsu Yuntao, and that he knew his location. He then requested that Garrison have his men look out for signals that were coming to and from Yuntao's location in the Huangshan Mountains. Afterwards, Kovic told Garrison to remove and destroy his phone's SIM card after the call, at which time Garrison promptly hung up.

Garrison sent Tombstone to Baku to retrieve vital information on Admiral Chang Wei's deal with the Russians. While Dunn was killed to retrieve this information, it told of how Chang was planning to overthrow the government and gain Russia's full support by blaming the US for the assassination of Jin Jié. Much to Garrison's quiet anger, this information had already been known and was with held from him, meaning that Dunn's sacrifice was only to confirm the intel.

Garrison then debriefed Tombstone of this information and full filled Dunn's last wish to make Recker the squad leader of Tombstone. He then ordered the squad on a covert mission to Shanghai to extract three VIPs: CIA agent Laszlo W. Kovic, as well as Hannah and her husband. Tombstone was successful and returned to the Valkyrie with dozens of refugees that were stranded as a result of an EMP.

Garrison then set a course for the USS Titan as it could accommodate the refugees aboard the Valkyrie better. The Titan is quickly discovered to have been attacked by Chang's forces and is slowly sinking. Garrison orders Tombstone to board the ship and search for survivors and recover any information. He also makes Kovic Tombstone's temporary squad leader. While Tombstone is aboard the Titan, Chinese forces launch an attack on the Valkyrie, putting Garrison and the crew on the defensive. Thankfully, Tombstone returns and helps clear the ship of hostiles.

The Valkyrie's next destination is a Chinese-controlled airfield in Singapore with Garrison briefing Tombstone of the upcoming mission. As Kovic had died attempting to reclaim the USS Valkyrie's bridge with Tombstone, Hannah volunteers to join Tombstone, to which Garrison accepts. During the mission, however, Hannah betrays the squad, resulting in them being taken to a prison. Garrison, unaware of this, believes that the squad has been killed.

After Tombstone escapes the prison and makes it back to the Valkyrie, they find it under attack by Chinese and Russian forces. Garrison, Hannah's cover-up husband Jin Jié, and Pac (who was believed to have been killed in Singapore) are holed up in the ship's medical bay. Jin Jié manages to convince Garrison to let the Chinese soldiers see his face to make them cease fire on the ship. While successful, Chang is furious at Jin Jié's survival and orders ordnance to destroy the Valkyrie and bury the truth.

Recker, Irish, and Hannah volunteer to travel to Chang's warship to prevent the ordnance from destroying the Valkyrie. Unfortunately the remote denotation fails, forcing Hannah to sacrifice herself to save the Valkyrie by manually detonating the charges.[1] 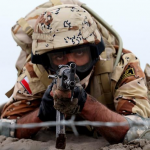 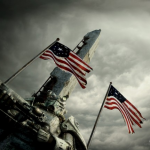 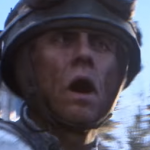