"An ambidextrous bolt-action rifle capable of neutralizing targets up to a range of 1,000 meters, the SV-98 is designed to allow various optical system configurations. It is popular with Russian police and anti-terrorist units." 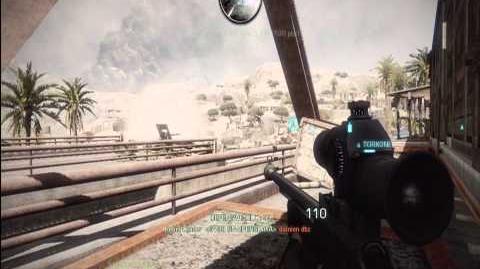 SV98 Snaiperskaya
Gameplay of the SV-98 Snaiperskaya at Arica Harbor and Port Valdez in Hardcore Rush mode.
Add a photo to this gallery
You may also be interested in our SV-98 Specialization article

Retrieved from "https://battlefield.fandom.com/wiki/SV-98/Bad_Company_2?oldid=365335"
Community content is available under CC-BY-SA unless otherwise noted.