Its scope is better suited for short to mid-ranges since its zoom is not really powerful. However, it can be used some times for long ranges, but it will take skill and a bit of luck to calculate the bullet drop and consider movement of the target. Like most of the Bolt action sniper rifles in Battlefield Play4Free, it takes 2 body shots to kill an enemy from short to mid-range or otherwise 1 head shot to kill. 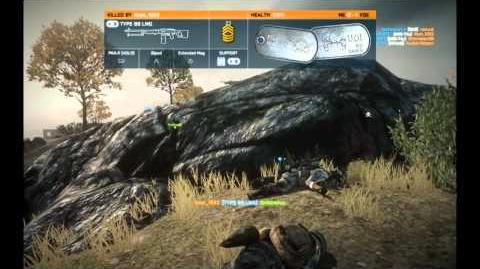 Battlefield 3 SV-98 Wiki Video
Overview of the SV-98 in Battlefield 3.
Add a photo to this gallery
Retrieved from "https://battlefield.fandom.com/wiki/SV-98/Battlefield_3?oldid=365333"
Community content is available under CC-BY-SA unless otherwise noted.