Scrapmetal is a map featured in the Battlefield 3: Close Quarters expansion. Set inside and on the rooftops of an abandoned factory near Tehran, Iran, the map features multiple stories and skybridges that separate the flags. It is only playable in the game modes Conquest Domination, Gun Master, Squad Deathmatch, and Team Deathmatch Close Quarters.

Alpha is located on the roof of the north building. The flag is surrounded by small house-shaped structures and pipes.

Bravo is located on the second floor of the south building. It is located in the southeast corner where it is surrounded by many small concrete structures and large metal and tile barriers.

Charlie is located in the middle of the lower, western hallway. It is surrounded by many crates and barrels while the hallway itself is blocked only by small amounts of sheet metal.

Second floor interior of the building holding Flag B

The room below Flag A

The wrecked Chinook at Flag A

The room below Flag A

First floor interior of the building holding Flag B 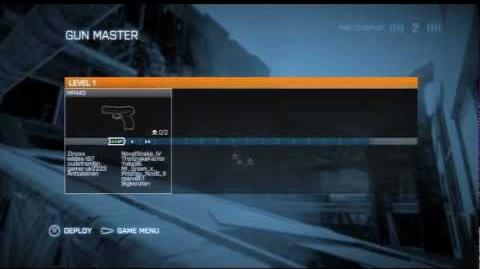 Retrieved from "https://battlefield.fandom.com/wiki/Scrapmetal?oldid=317323"
Community content is available under CC-BY-SA unless otherwise noted.