For similar gadgets, see Decoy
Not to be confused with the DS-22 Sniper Decoy

A decoy is usually a person, device, or event meant as a distraction, to conceal what an individual or a group might be looking for. Decoys have been used for centuries most notably in game hunting, but also in wartime and in the committing or resolving of crimes. When pertaining to military deception, dummies and decoys are fake military equipment that are intended to deceive the enemy.[1]

An example of a military decoy during World War I is the use of a dummy head to find and locate an enemy sniper. The papier-mâché figures were painted to resemble soldiers, with some being equipped with rubber surgical tubing so the dummy could "smoke" a cigarette and thus appear realistic, to draw sniper fire. Bullet holes in the dummy from enemy sniper bullets could then be used for triangulation purposes to determine the sniper's position, who could then be bombarded by artillery fire.[2]

This item has a Codex entry: Decoys in WWI

"A Sniper Decoy that can be spotted as a sniper by enemy players. Reveals the location of enemy players shooting at it."

The Sniper Decoy is a gadget featured in Battlefield 1 for the Scout kit. The player can place up to three decoys which are essentially fake heads on top of stakes. In order to be more believable, decoys give off a Scope Glint when looked at by enemy players, and wear the faction's scout headgear. Scouts may also adjust their height while placing in order to better hide their stakes; this is done by switching stances (standing, crouch, prone). Decoy locations are marked on the minimap for all teammates with a "target" icon.

If enemy players do fall for the decoy and manage to hit it with gunfire, it will cause them to be outlined to reveal their location to the entire team, similar to the effect of the Trench Periscope. The decoy will be destroyed in the process. 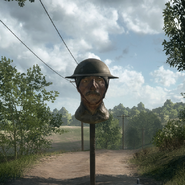 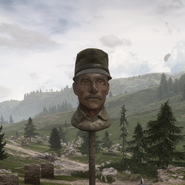 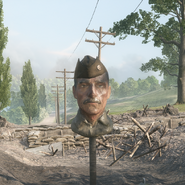 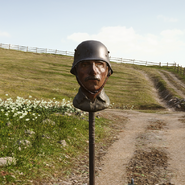 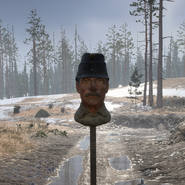 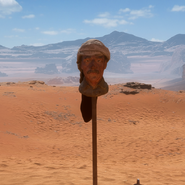 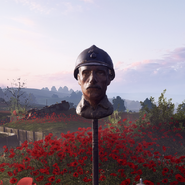 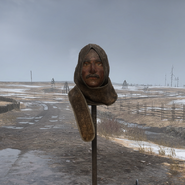 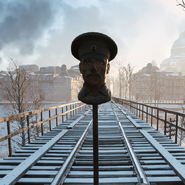 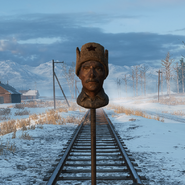 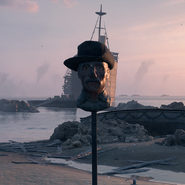 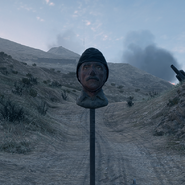 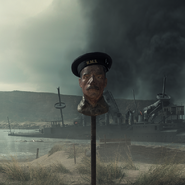 Automatically marks its attacker
"A Sniper Decoy that can be spotted as a sniper by enemy players. Reveals the location of enemy players shooting at it."

The Sniper Decoy is a gadget featured in Battlefield V for the Recon kit. Sniper Decoys function in the same manner as in Battlefield 1. To be more believable, Decoys are placed on tripods. A fake torso can be seen with arms holding a sniper rifle. Additionally, Decoys also give off a scope glint if enemies look at them directly. Players may adjust the height of a decoy by switching stances, as well as their angles based on different terrain.

Decoy locations are marked on the minimap for all teammates with a "target" icon. Should an enemy player fire upon or destroy a Decoy, their location will be temporarily revealed on the map to all teammates. Each player starts with one decoy which can be resupplied at Ammo Supply Stations. A maximum of three Decoys can be carried at once. Despite this, Decoys do not disappear if more than three have been placed. Essentially an unlimited amount of Decoys can be placed if a player keeps resupplying. 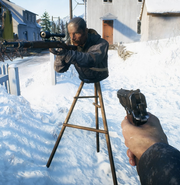 Each of the different Decoy heights