Battlefield Wiki
Register
Don't have an account?
Sign In
Advertisement
in: Incomplete, Gamemodes of Battlefield 1, Battlefield 1: In the Name of the Tsar

For the commander asset in previous titles, see Supply Drop.

Supply Drop is a gamemode featured featured in Battlefield 1, introduced with the In the Name of the Tsar expansion. Additionally it was a cut gamemode known as Crate Capture in Battlefield Heroes.

It is a 24-player gamemode where teams compete for control over supply drops that are periodically airdropped into the battlefield.[1] 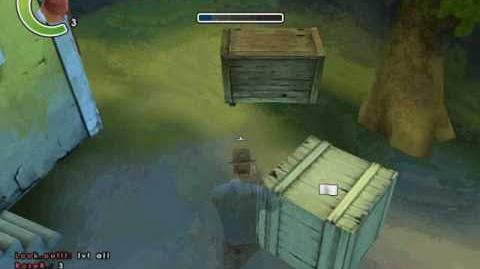 Crate Capture was an unreleased gamemode that was set to be featured in Battlefield Heroes. It was available to play in the Public Test Environment on Buccaneer Bay in June 2010 but was never added to the main game.

The gamemode saw a supply drop parachute onto the map in one of many locations. Once it landed, players were tasked to capture and hold them in a span of three minutes. If no team captured a create in the alotted time, it would be considered lost. Seven crates were dropped in total during a match with the capture of four crates being required in order to win the match.

A desperate fight for resources: Secure the majority of the supplies to win."

"Join a fast-paced fight for supplies on the Eastern Front as planes airdrop everything needed to outgun and outscore your opponents." 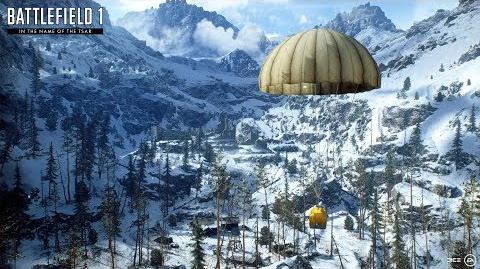 At certain intervals, a Gotha G.IV bomber will fly in and paradrop a single supply drop somewhere on the map. Players must collect the supplies by staying inside the drop's capture radius. The first team to collect 500 supplies wins the match.

At times, up to three supply drops may be on the map simultaneously, encouraging teams to split up to dominate several locations.

The airdrops only provide a limited amount of supplies, releasing an Elite kit when fully depleted and granting a bonus for the team that does so.

Teams may choose two spawn points on their respective side of the map, one of which may provide vehicles or horses.

The HUD indicates which team is currently in control of a supply drop, and how many supplies remain at the location.