The TEC-9 is a blowback-operated semi-automatic firearm, chambered in 9×19mm Parabellum, and classified by the US Bureau of Alcohol, Tobacco, Firearms and Explosives as a handgun. The TEC-9 is infamous for being easily converted to full-automatic fire by criminals.

Designed by Intratec, an American offshoot of Interdynamic AB, all three models of the firearm are referred to as the TEC-9, although only one model was sold under that name.

TEC-9 is a weapon featured in Battlefield Heroes for the National Army. It appears as a Tier 3 version of the short range Florenz' Flurry pistol, removing its three-round burst mode in favor of automatic fire.

0.6
0.2 ┴ 0.4
"The TEC-9 is an inexpensive blowback-operated automatic handgun. This gun is more stable and controllable than the G18C in sustained fire."

The TEC-9 is an automatic handgun featured in Battlefield Hardline, exclusive to the Criminal Professional. The weapon handles similarly to SMGs such as the UZI. It has the slowest rate of fire of all machine pistols at 600 rpm. This means that it cannot kill as quickly in close-quarters, but the TEC-9 is easier to control, making it a more reliable sidearm for medium range, and better at conserving ammunition. 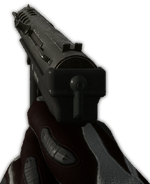 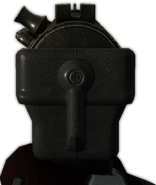 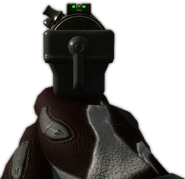