Total War is a Codex Entry featured in Battlefield 1. It is unlocked upon performing 3 suppression assists in multiplayer.

A GLOBAL WAR - A TOTAL WAREdit 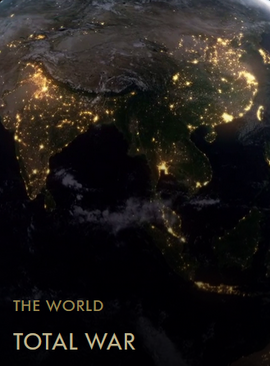 The war had its origins in Europe, and there was a lot of fighting within Europe, but it was a global war from the beginning. Japan fought Germany in China and the Pacific Islands already at the start of the war, and when the Ottoman Empire- which stretched from the Balkans to the Persian Gulf- joined the war in late 1914, it truly became a world War.

There were naval battles in the South Pacific and South Atlantic, soldiers from every continent except Antarctica would fight, there were fronts in Persia, Mesopotamia, Libya, even the borders of India, fighting all over Africa as European colonies changed hands, and the United States and Brazil would also join the war towards its end. It was the first truly global war and the largest war in history at the time.

Retrieved from "https://battlefield.fandom.com/wiki/Total_War_(Codex_Entry)?oldid=343142"
Community content is available under CC-BY-SA unless otherwise noted.