Trench Fleur is a Codex Entry featured in Battlefield 1, introduced in the Battlefield 1: They Shall Not Pass expansion. It is unlocked by obtaining ten kills with the Trench Fleur. 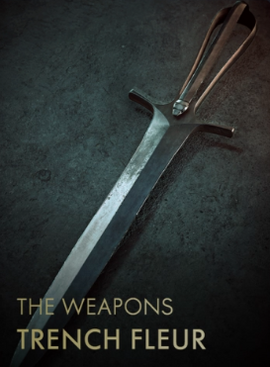 The French developed one of the most extensive close combat education programs where jujutsu was combined with their own French Savate during World War One. The old masters of Savate were sometimes fencing masters and staff fighters. Soldiers trained in this close combat were together with the medieval array of trench weapons a deadly combination. 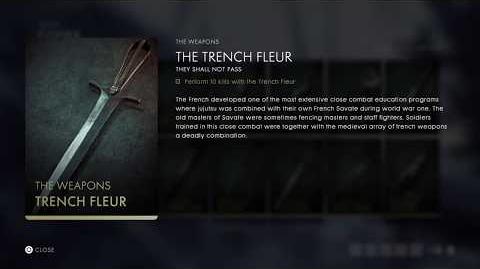