The UTS-15 is a 12 gauge pump-action shotgun designed by UTAS Makine of Turkey as a result of a request made by Smith & Wesson in 2006. Constructed primarily of fiber reinforced injection molded polymer, the UTS-15 weighs 6.9 lbs. Additionally, there is a top mounted Picatinny rail for the mounting of a wide variety of both iron and optical sights, coupled with Beretta style barrel threading for choke tubes.

The UTS-15 feeds from two magazine tubes above the barrel, each capable of holding seven 2.75″ shotshells.[1] With an additional shell in chamber, the weapon can carry 15 shells fully loaded. A selector switch allows the gun to chamber rounds from either barrel, or alternate between the two.

The UTS-15 is unlocked by completing the Silver assignment in the mission Baku by scoring 4000 points. It features a Reflex and Muzzle Brake while it sports an ERDL Desert finish.

The UTS-15 is the seventh all-class shotgun unlocked, after the SPAS-12 and before the DBV-12, requiring 48,000 Shotgun score. It is a high capacity, pump-action shotgun that is offset by a slower reload and a lower pellet count of ten. This larger capacity makes the weapon more forgiving of missed shots in individual engagements at the cost of longer downtime, as shells are loaded in an alternating fashion - much slower overall than bottom-loading shotguns such as the 870 MCS or M1014. 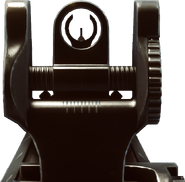 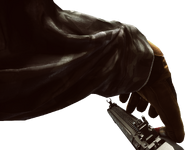