The USAF is charged primarily with establishing and maintaining aerial superiority over enemies of the U.S., as well as providing support for ground and naval forces in their operations; this includes moving supplies, providing intel, and providing close air support.

The branch makes many unnamed appearances in the Battlefield Series, different factions are depicted operating USAF Aircraft in Multiplayer for gameplay purposes. AI controlled aircraft are flown by the branch, however.

In the mission, Welcome to Bad Company, Bravo One Charlie must fight their way up the trenches to the radar jammers and destroy them. All the while avoiding incoming shells and taking out Russian soldiers along the way. After the squad is successful, they regroup and watch two F/A-18's drop some heavy ordinance on the valley behind the trailers containing the artillery battery that hit the convoy. Haggard remarks how he should have joined the Air Force as he is surprised at the resulting explosion.

During the third leg of the mission Going Hunting in Battlefield 3, the player gains control over a targeting pod which is used to mark ground targets for various air strikes; included amongst these is the Air Force-exclusive A-10 Thunderbolt II ground attack aircraft.

Following the successful destruction of the Tashgar dam, Major Greenland fullfeels her deal to transport Tombstone to the USS Valkyrie via C-130 through the USAF. The squad then successfully paradrops from the gunship onto the Valkyrie.

While the USAF does not formally appear in Battlefield Hardline, a damaged AC-130 Gunship is featured in the Episode Sovereign Land. Somehow obtained by Tony Alpert, its main gun is still operational allowing Nick Mendoza to quickly eliminate Alpert's forces before heading toward the nearby Brute. The words "United States Air Force" are also erroneously featured on the aircraft, being written in Spanish. 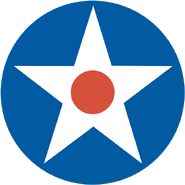 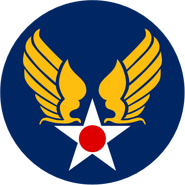 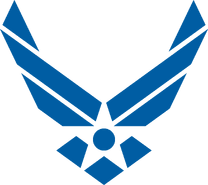 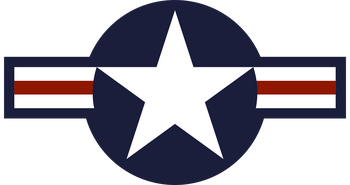 Air Force Roundel
Add a photo to this gallery
Retrieved from "https://battlefield.fandom.com/wiki/United_States_Air_Force?oldid=358397"
Community content is available under CC-BY-SA unless otherwise noted.