Battlefield Wiki
Register
Don't have an account?
Sign In
Advertisement
in: Standard, Developers of the Battlefield series

For the Battlefield 3 mission, see Uprising

Uprise, formerly known as ESN, is a Swedish-based studio that is mostly known as the developer of the web-based social networking service Battlelog which utilizes the studio's developed Planet software. Following the success of the service as well as Battlefield 3, it was subsequently acquired by Electronic Arts on June 1, 2012.

The studio was quietly renamed from ESN to Uprise. Since it was not clearly stated what the name Uprise referred to once revealed, many falsely thought that it was the name of a new expansion pack for Battlefield 4.

The Uprise Dog Tag from Battlefield 4. 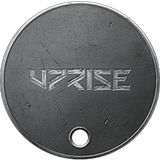 The Uprise Dog Tag from Battlefield 1.