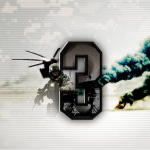 112 Edits since joining this wiki
September 21, 2011
0 Discussion posts
im a 15 year old who likes playing soccer as well as video games like fifa and battlefield as well as call of duty games. im also a pro military historian i know nearly everything about world war 1 and 2 as well as a little bit of ancient history middlle ages and the medieval era. im an expert on all things military and i plan on joining the australian army when im 17-18 and later on when im 28-29 years old id love to join the special air service regiment of australia. and by the way im from iraq :P

i also play on a ps3 and if you dont wanna play bfbc2 or bf3 alone you can add me on psn. my psn is waddahed ill be getting a mic as soon as bf3 comes out. im a tactical player who most of the time flanks around the enemy and straight away goes for the objective unlikemany other battlefield players. i do play matches with many competent battlefield players. in my opinion im probabl among the best tank drivers in the game when ever im in a tank ill usually get shitload of kills before being blown up by mortar strikes :P

Retrieved from "https://battlefield.fandom.com/wiki/User:Ahmedrulz?oldid=107196"
Community content is available under CC-BY-SA unless otherwise noted.