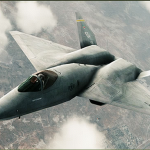 Hey, I'm an easy-going person. But everyone has stuff that bugs them. I just don't let them really get to me. I'm mostly writing this 'cause I'm bored.

Retrieved from "https://battlefield.fandom.com/wiki/User:Delta1138?oldid=163957"
Community content is available under CC-BY-SA unless otherwise noted.