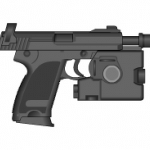 Greetings. I am Ghost Alpha, I often play Battlefield, no wait I lied. I mean well... every other day I am playing Battlefield. Shows how much of an addicting and fun game it is.

Battlefield games I own: Edit

Battlefield 2: Modern Combat - Yes I know, sounds very old and some will ask "Why do you still own that?" but back in the day I loved that game.

Battlefield 3 - Probably my favourite Battlefield game to date. Loved being able to just run into a room full of campers or snipers and gun them down with a quick flurry of shotgun shells, C4 or any other funny method.

Battlefield 4 - I'll never grow bored of this game despite wanting to get Hardline so badly but even then, this game does sort of need to up its game a bit and bring in the good parts of BF3 to BF4 and essentially make it the most kick ass Battlefield game to date. DICE, you did good, even before the Spring Patch, but please, make MOAR adjustments to it. :)

Playing competitively or as some would say, "seriously" is half of what I try and do for playing Battlefield if I really want to be replicating a Hollywood action movie like A Good Day To Die Hard or American Sniper or Act of Valour, but rest of the time, I'm annoying the hell out of people with shotguns, defibrillators, repair tools, EOD bots, jihad jeeps/jihad quad bikes (or jihad jetskis in respect for the aquatic equivalent of trolling) etcetera. I know Battlefield is meant to be a realistic game, but even then, I like to take advantage of the realism to it, such as realistically smashing a wall down on a prone camper because they thought COD logic would save them on the battlefield. Overall I'm taking advantage of what Battlefield has to offer in terms of destruction and game features and equipment and finding creative ways of killing enemies.

Now when I do play the game "seriously" or competitively as I'd like to put it, I just go for a realistic setup as possible such as an M416 with an angled foregrip, suppressor, Holographic sight/EOTech sight and a laser/light combo a.k.a. AN-PEQ 2 laser sight/light module. Even on Conquest, I do try and be real sneaky, despite the fact I usually have half of the enemy team magically spawning on their squad leaders right near me and I unluckily have a tank chasing me around the map for 5 minutes straight, but it is a unique and lovable thing about Battlefield: There is literally no "correct" way how to play the game.

Things I do which are "major" pet peeves to other players: Edit

Some things I do such as healing, reviving, resupplying and rescuing outnumbered players and bringing them back to safety are things everyone praises my occasional style of play for, but largely, I do find easy ways of how to really get on people's nerves.

Naturally seeing as I have only just started this account here, I'll probably add more stuff at a later date. But for now, safe to say I'll just play the objective now yeah? :)

Retrieved from "https://battlefield.fandom.com/wiki/User:Ghost_Alpha_1810?oldid=285087"
Community content is available under CC-BY-SA unless otherwise noted.