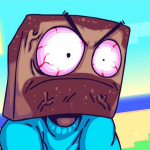 Colonel RussianEngineer, commonly known as RE, is an RGF soldier who appears in Battlefield: Bad Company 2, Battlefield Play4Free, and Battlefield 3. Although he is Russian, he can only speak English and Spanish.

RussianEngineer is a 16 year old male, lives in Brockton, Massachusetts, and own an Xbox 360 for a console (@ McKilla1996 ) and is a average editor, as he only goes on just to chat and do research. He dosen't play Battlefield very often, but is a lv.30 Colonel in with at least one service star for most of the *weps*, aside from bolt action sniper rifles. He is also a very anti-exploit gamer (he likes to play fair) and dosen't play with overused guns (M16A3, AEK-971, M416). His top-rated weapon is the QBZ 95B, as he has 13 service stars with it.

Retrieved from "https://battlefield.fandom.com/wiki/User:RussianEngineer?oldid=194647"
Community content is available under CC-BY-SA unless otherwise noted.