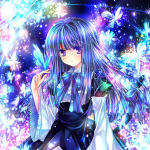 Job on the wiki:

… Just another day in the war without ends...

In Battlefield 1942, damage dropoff is located in the archive>object file. It is apart of the total damage formula of

It is calculated using this formula:

MinDamage is the least possible damage multiplier used and is always .5 for weapons in base game plus expansions. DistToMinDamage and distToStartLoseDamage are the start and end of the damage drop-off range respectfully (50-100 for SMGs and Assault Rifles while pistols and the Shotgun are 20-40). Distance is the distance where the shot took place.

Example: A Breda Modello 30 hits a target at 75 meters, the min damage is .5, the disttostartlosedamage is 50 and disttomindamage is 100

Weapons with damage dropoff are all the SMGs, sidearms, Shotgun, Breda Modello 30, Type 99 and Bren.

The Breda Modello 30 is an Assault Rifle introduced in Battlefield 1942: The Road to Rome, issued to the Royal Italian Army Assault kit.

Assault Rifles in Battlefield 1942 are Assault Rifle, Automatic Rifles or LMGs used by the Assault kit. With a high power round capable of 3-5 shot kill to the torso and two shot kill to the head; but have high recoil and in some cases Damage dropoff to contend to. They perform better at longer ranges and in the crouch and prone position compared to SMGs rate of fire and spread increase cant perform as well at that range. While longer ranges they may fall to Standard Issue Rifles or Sniper Rifles, they can still perform adequate enough to challenge them.

The Breda Modello 30 has a 480 RPM (second lowest of the Assault Rifles and overall average) and a 20 round magazine with six magazines totaling 120 rounds in reserve theoretically. The BAR possess the highest damage of its class at 9 damage which can kill most damaged opponents as long as they are below 28.8 HP in two shots. The Breda Modello 30 does suffer from damage dropoff starting at 50 meters to 100; making it a four shot kill at 81 to 97 meters and beyond 97 meters is a 5 shot kill. Its has the lowest magazine capacity and is above the average reload time at 4.3 seconds.

When compared to the BAR 1918: Both weapons are identical in damage thanks to having the same damage projectile, recoil pattern, magazine capacity and total rounds carried (at 120 rounds in total). The Breda does have a slightly longer reload time at 4.3 seconds. Spread wise, The Breda Modello 30 has less spread in the minimum deviation, less general movement penalty and first shot multiplier; making the weapon in general more accurate compared to the BAR 1918. However, as stated above, the Breda suffers from damage dropoff that can hinder the effectiveness at longer ranges, while the BAR 1918 does not.

(Damage Dropoff for BARProjectile and SMGs)

(handguns) For ever one meter decrease .025.

M-19 can one shot kill to the head up to 36 meters and beyond this distance is two.

Despite being equipped with certain weapons usually described as Automatic Rifles or Light Machine Guns, all the weapons used by the Assault kit are labelled as "Assault Rifles". In terms of performance, the kit's offering (depending on faction) ranges from 20-48 rounds in a magazine and 3-6 magazines in total. Assault rifles are high in damage, capable of 3-5 shot kill to the torso and two shot kill to the head; but have high recoil and in some cases steep Damage dropoff to contend with. They outperform submachine guns at medium to long range, but past this they may themselves be beaten by Standard Issue Rifles or Sniper Rifles. In spite of this, assault rifles may still be utilised outside of maximum range thanks to bonus reduction to spread when prone.

As with all classes the kit carries a pistol, primarily as a backup weapon for close range. It should be used if the user is out of ammo, caught by enemies mid-reload or to finish off damaged opponents. They are also equipped with a Combat Knife should the pistol run out of ammo. Though the knife has a very short effective range, it has the capability to kill enemy infantry in two hits to the chest and arms and one hit to the head.

Hand grenades are additionally issued and can be used to clear enemies out of certain areas such as flags, buildings or so on.

While their assault rifles can damage light vehicles and aircraft, Assaults lack dedicated anti-tank weapons and so should avoid engaging heavily armored vehicles, although hand grenades can damage tanks if thrown in enough quantity.

Imperial Japanese Army
Add a photo to this gallery

British Commandos winter attire
Add a photo to this gallery

The Engineer kit is featured in Battlefield 1942; The Engineer kit mainly focuses on repairing vehicle and to some extent destroying them. Most commonly Engineers are distinguished by their large backpacks.

Engineers are issued Standard Issue Rifles that come in the form of Bolt-Action Rifles for the European Theater and Semi-auto rifles for the Pacific theater. Bolt-actions have an extremely slow rate of fire but are accurate overall and can kill with one shot to the head and two to the body, users should avoid short range engagements and instead focus on medium to long range engagements. Semi-Automatic versions fire at a higher rate of fire at the cost of being slightly less accurate than their bolt-action counterparts. In Battlefield 1942: Secret Weapons of WWII, the SAS engineer is issued a Shotgun,

As with all classes the kit carries a pistol, mainly as a backup weapon for close range. It should be used if the user is out of ammo, caught by enemies mid-reload or to finish off damaged opponents. They are also equipped with a Combat Knife should the pistol run out of ammo. Though the knife has a very short effective range, it has the capability to kill enemy infantry in two hits to the chest and arms and one hit to the head. In Battlefield 1942: The Road to Rome; the Engineers are issued the Bayonet, which replaces the Knife.

ExpPacks replace grenades, essentially remote triggered TNT; they can be used in a variety of ways, ranging from setting a trap for enemy players at bases and so on. In Battlefield 1942: Secret Weapons of WWII the German Elite Forces kit is given rifle grenades instead of TNT.

The Wehrmacht engineer.
Add a photo to this gallery

The Anti-Tank is one of the five kits featured in Battlefield 1942. They are armed with a rocket launcher, pistol (depending on the faction at hand), grenades and a knife. The rocket launcher can destroy medium tanks in three shots or less. It's ill-advised to take on anti-infantry duties due to the launcher's small splash radius.

The Medic kit is featured in Battlefield 1942; The Medic kit mainly focuses on healing friendly players and engaging enemies at close range.

They are denoted on the battlefield by a red cross over a white circle on their helmet. They are each issued a submachine gun and handgun, both of which vary by team, but all of them are fundamentally identical.

Medics are given short range sub-machine guns in general they have the highest rate of fire amongst all infantry weapons, but with a lower damage per shot compared to assault rifles and light machine guns available to the Assault kit. It requires four shots to the body to kill at minimum range, and seven at one hundred meters and beyond. Although they have low recoil per shot, during sustained firing its high rate of fire can make controlling the weapon difficult, throwing the user's aim up and to the left or right. This, along with high spread deviation with long shots, makes them a poor choice for long range engagements, at which the gun is only semi-effective even when fired prone and in bursts or single shots. All SMGs are better suited to close quarters engagements, as well as shooting on the move thanks to its weapon type having the lowest max spread deviation.

Hand grenades are additionally issued and can be used to clear enemies out of certain areas such as flags, buildings or so on.

While Medics can damage light vehicles and aircraft, Medics lack dedicated anti-tank weapons and so should avoid engaging heavily armored vehicles, although hand grenades can damage tanks if thrown in enough quantity.

The Scout is a playable kit in Battlefield 1942. All the Scouts primary weapons are bolt-action rifles with the exception of the German Elite Forces, who are armed with semi-auto rifles. Each Scout is also equipped with a faction-specific handgun and a combat knife, as well as grenades. They are infantry-centric, with their only real defense against vehicles is Hand Grenades (not counting shooting tank gunners or light armored vehicles with exposed passengers).

The only kit armed with Sniper Rifles, the Scout is capable of doing heavy damage against players at long range with a chance to one shot kill players with a headshot. However the bolt can only be worked out of scoped view; firing will cause the player to unscope and work the bolt and could easily lose visual sight of an enemy at longer ranges. Its low rate of fire may cause a nuisance for close-quarters, hence, switching to a pistol is advised. Their handgun can make up for distance, with much lower spread, but the handguns possess low enough damage such that they are ineffectual as dedicated primary weapons.

The only Gadget the Scout gets is Binoculars, They are used to coordinate targets with allied artillery pieces so that they can fire on the target designated by the Scout. Binoculars also provide a helpful means of spotting targets at distance, such as enemy armor or soldiers.

In Battlefield Vietnam, the North Vietnamese Army fight the southern VietnameseArmy of the Republic of Vietnam and American Forces. They are allied with the Viet Cong.

The NVA are most easily identifiable by their Khaki uniforms in contrast to the American Green and ARVN green/brown camouflage uniforms. In terms of appearance: Side A (from left to right) is a full khaki uniform with pouches around his waste and scandals, with the option to choose a green pith helmet or a simple gkhaki cap or as headgear; while side B is shirtless and bare footed, with the option to choose between a cap like side A or a Boonie hat.

The NVA, in contrast their American counterparts, namely use Russian or Chinese equipment. Their Assault carries an Assault Rifle with the option to use an LMG instead of their heavy assault. Engineers are issued SMGs instead of semi-auto rifles and scouts follow similar in the US Army with two semi-auto weapons.

Retrieved from "https://battlefield.fandom.com/wiki/User:Slopijoe?oldid=367550"
Community content is available under CC-BY-SA unless otherwise noted.