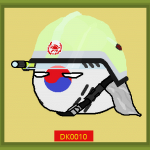 Why hello there. How are you?

I speak very little Russian as well and I'm Utopian Socialist. Loved the idea of a Utopia.

Heil! I'm Jack, the newest Trusted User of this wikia! I've noticed you've made quite a few blog comments, so I'm assuming you hang around BF wiki. We're really desperate here for some new editors to expand the community. I'm asking you join in! Contact Bureaucrat Tywin if you feel you're ready. Bleh. 04:52, November 19, 2013 (UTC)

If only more people knew about our PS3 Usergroup. Did i mention your free to join in as well as friend members of the roster, myself included? -- awyman13

Yep your free to send requests to anyone, though you should identify yourself in the msg. -- awyman13

We dont make pages over companies, thats like making a page for the company that created every weapon in BF. -- awyman13

Or all the other companies in the game, there's tons, (ECID, World Company, Levin Cooperative, etc.) to name a few.

Thanks for letting me know.

Man! It felt good to see that smiley face on my wall!
Anyway, yeah I'm back. And I'm going through all the guns of BF4 and filling in their info boxes. For now it's just the attachments as that's the easiest part.
I'm trying to get a PS4 but I'll probably get it in the summer or Christmas. I know it's a long wait but my parents are... not the most clued in people when it comes to games shall we say? I am saving up though and I when I get enough (plus maybe some to buy a better memory card) I'll definitely get one. I already got my game upgrade sorted out and everything.
Say, when did we switch to only being able to edit in source mode? I liked visual editor as I could add tags easier. hmm... maybe I need to talk to a B'crat about that.-- Hyperborrean22Talk 12:18, March 15, 2014 (UTC)

Retrieved from "https://battlefield.fandom.com/wiki/User_talk:(ROK)_DK0010?oldid=256503"
Community content is available under CC-BY-SA unless otherwise noted.