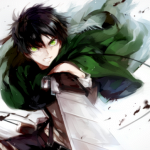 Hello. I was looking online and I happened to find this:

This is a list of information (weapons, campaign info, and maps) that was data-mined out of Battlefield 1 during the alpha. I know this sounds unusual, but is it possible for you or someone else to check whether the info from it is fit to be listed on this site? I really wanted to help since I'm somewhat new to this particular wiki and I'm not sure if the rules are different from the other ones I've been on. ToonToons22 (talk) 07:42, July 29, 2016 (UTC)
Retrieved from "https://battlefield.fandom.com/wiki/User_talk:Awyman13?oldid=300080"
Community content is available under CC-BY-SA unless otherwise noted.