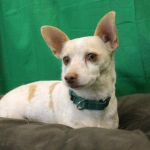 Bases do not go by Flag A, Flag B, etc. As such revert all your edits where you have done this and cease doing it any further. -- awyman13

You were warned once awhile ago by another user. Please cease and desist from removing map names and flags. Thank you.

It has been a while, I have grown a little older and being more mature about things and I'm not as foolish as I was before. I want One Last Chance to show that I can contribute to this wiki. I just want one last shot to show I can do something good on this wikia. I know what I did wrong and I regret it. Captainkyle456 (talk) 15:40, April 14, 2014 (UTC)

Please use the {{AppealBlock}} template to formally post. We will come to a conclusion afterwards.

Your appeal will be considered and responded to within the next twenty-four hours.

Its been over 24 hours Edit

Take your time. Take a week if you have too. - Unsigned comment was added by Captainkyle456 (Contributions)

Apologies for the delay.

After discussing with another admin, we have concluded that the block will remain in effect based on prior blocks, repeated warnings (and therefore multiple chances) given, as well as supposed defamation of our wiki.

Retrieved from "https://battlefield.fandom.com/wiki/User_talk:Captainkyle456?oldid=256637"
Community content is available under CC-BY-SA unless otherwise noted.