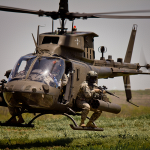 Attack on Paris. Page created 5 minutes ago, though I never heard of this, even though I haven't BF3. Can you confirm this? Pedro9basket (talk)

I see. I'll categorise it with Battlefield 3 and Stub for now then. Pedro9basket (talk)

I probably had the bot apply genfixes to the entire main/filespace, and I'm pretty sure part of that is removing links from section 2 headings. I didn't explicitly give it the task of removing said links, however. If you feel the need for me to, I can spend the better part of my day using URL's account to re-add the links back into the headings. Sactage talk 12:01, November 4, 2011 (UTC)

I have a large selecton of video overviews that I made for battlefield play4free that may be helpful to that section in the battlefield wiki and I am venturing into other battlefield games as well (most recently battlefield 3). How would I go about adding these videos with admin or community permission? They all are unbiased video overviews

Here are a few examples:

Thanks for reading and response.

Can you please fix Template:VG Reviews figured it might be useful and by the way i havent been on for few days anything new?` Zephalian 09:35, November 9, 2011 (UTC)

Saw you playing at the same server I did lol. Did you had a good ping? I think that server is in Europe. Pedro9basket (talk)

Yeah, on my first match (when we had the US locked down) I was getting to treat and revive whoever was in the front of their deployment and find a Engi with your name supressing down the road. Totally caught off-guard! Our team in those two Tehran games were great tho :) Pedro9basket (talk)

Been a while eh? Edit

HOw's it going? i came here to ask you do a "redirect" when i type ribbons or medals and it ridirects to this page: Battlefield 3: Ribbons and Medals and by the way what do you think of what i did?..

Ugh, not busy, more like feeling similar to shit...

Ahh SKyrim, i have it too up towards the Thalmor Embassy and good idea, imagine a massive clan war 64 Aus-Asia vs North America, THEN Winner vs Europe (The Pros.)

Will it be official? I already awarded all others (except myself, no can do), but as this one is not on BF:AWARDS, how will it be done? Pedro9basket (talk)

I think me and DEath have had this convo before. In my opinion, it's possible that it's not contradictory. It's possible the bomb still went off after the game end. I doubt Blackburn knew how to disarm a nuclear warhead. Йура

and for the foregrip, http://www.atlantictactical.com/mmCATALOG/Images/graphite-fore-grip.jpg

Can I have admin rights? I am already an admin on 4 Wikis!

When you can, please leave your thoughts on this. Pedro9basket (talk)

Could you delete File:EU.Engineer.BF2.gif please. I was trying to get some class pictures for the EU Classes and that didn't turn out right. Gracias --

How did this ever got an article -

Still has the white background used before Forum:New theme. Dunno how to change it yet, could you fix it? Pedro9basket (talk)

Thanks a bunch Pedro9basket (talk)

I'm working on a table here, but I'm finding the 3rd, 4th and 5th column having quite a bit of unused space, leaving the 6th column pretty narrowed. Do you know if is there any way to distribute the spaces a little bit better? Pedro9basket (talk)

Y U ALL LEAVE ME?

Was it something I said?

But in all seriousness, good luck with your exams, DEath. You've been instrumental in helping reorganizing this wiki to be a great and knowledgable location for everything about the BF Series. I hope to see you return. Even if you don't, fight for the awesomeness that is Battlefield Wiki!

I was looking at this kid, User:Dan67, talk page, and that template with blocking is very smart ;) I will have to use this myself, are you ok with that? (Some people want you to ask before you use a template) --Frederick (Talk) {Twitter}

I'm thinking of doing the Loading screens for the main image in the infoboxes for BF1942, can I do that.--

Yes, but the maps that were put in patches and a few others have loading screen unique. but mostly the european maps re-use the same Loading screen (Karkov and Kursk for example).

BTW why you semi-retired.--

i made a Blog called "What's your Fail" its a humorus blog about people on BF3 wiki retelling their Funny Events in a Comment and if it's Funny enough it'll be put on the Funny LeaderBoards Where from there can show which funny event is the funniest. Also There are three games from www.armorgames.com and i'm planning to put more games on there if the Blog gets more then 10comments.(Dan67 15:15, February 24, 2012 (UTC))

But too bad we couldn't update the poll or featured media.

I was thinking of nominating one of the B2K gameplay trailers for the maps for Featured Media of April, but I can't decide which trailer to use. As for the picture, the screenshot of the trailer picked can be used, just like BF3 Launch Trailer screenshot in October Featured Media. And I was hoping that the "What's Your Favorite Battlefield 3 Map?" poll would be implemented for March. It was supposed to be nominated as the November poll if I remember, but it got ignored.

I'm stuck on the maps for Battlefield Vietnam. On some maps there's a tunnel or sewer and should I try and put the tunnel map with the main map in the infobox or in the gallery.----

I'd place it below the main map in the |map section of the infobox (kind like I put the CQ and Titan maps in Port Bavaria). - Pedro9basket (talk) [

Why doesn't That emblem on your sig Rot. It sounds familiar--

Great to see an other Ace Combat fan. Mine is 118th tactical fighter squadron or "Mobius squadron" of the ISAF air force.--

If The Belkan Air Force is So BadassEdit

Why did they get there best fighter sqaudrons shot down by Galm Team.--

Should I use the Template:Warning/Licensing you've made for copyright violations or not yet? - Pedro9basket (talk) [

Did you revert the new pictures back to the old IRL ones for SVD and SG553 because they were unlicensed? I'm just asking because I was hoping to add more close up pictures (like the deleted ones), but this time fully license them. If you don't want me to, then that's okay.

Haven't you not noticed that people kept asking for updates on their consoles instead of the pc, reason why is because all I see is info pages about the game in pc view more then consoles.--Dan67 16:12, March 29, 2012 (UTC)

How many Battlefield games do you own.--

Just curious because one day I saw a template for vehicles on either the F-4 or MIG-21 and I saw your name as last edited.--

I can write fine, I don't have poor grammar and saying that sounds hurtful then reassuring me about my writing. Second a contributor named silver head pisses me off about that stuff 24/7 so please don't behave like that smart ass from fortress craft because it makes me think of him and I really hate that smart ass >:| --Dan67 16:31, April 3, 2012 (UTC)

A world full of hate Edit

I'm not going to edit on the pages anymore, because I can't take anymore negative bullshit from everybody. I know now what I'm writing is not perfect but I'm not god dammit I'm not god I'm just sick and tired of being bitched out on this wiki and even cod wiki. I guess I have to stay on my blogs and in chat because there's no point in contributing if everybody is going to bust my balls over the littlest thing, I'm insulted and I will not continue editing unless it's making blogs or leaving a message that's the only time I don't get bitched out once in a while.--Dan67 11:45, April 4, 2012 (UTC)

You did it? Well, to deal with you accordingly, you should read the Manual of Style have learned your lesson, so just don't do it again.

Hi DEathgod. Hope you're OK, it's been a while! Just thought I should let you know that your email has been sending out spam... - Bondpedia (Contact) [

`Hi, can you edit 12x ballistic scope correctly, I tried to fix it but it didnt work, it needs to be locked down after it is fixed` (It was vandalised by contributer)`

Me and PE78 were talking about adding more info to BF1942, BF:V and BF2 maps and pages and we thought of doing a forum page on this and pitch as many as users as possible. Since we have possibly five users with nam (Me, Yuri if I can try to get him, PE78, Uk13 and you), could you possibly help us?--

Welcome back Death! So how long did it take to get the beta? I just hope i have enough space. --

Long time no see? Question do you have steam? If so could I add you. My name is Osaka_amd.--

Just wanted to check in with you and some of the other BF admins and see if you guys needed any help with the Wiki before the BF4 launch. It seems you have it under control, but we just like to check in and make sure you guys have everything you need before a new title launch. Help with organization, new templates, and custom art are all things we're more than happy to help with.

That said, do you guys have any plans for the BF4 launch outside of getting all the new content up? If not, we'd be happy to organzine some polls, community awards or simple videos.

Anyways, please don't hesitate to reach out if you need anything, and thanks for all your work on the BF Wiki!

Retrieved from "https://battlefield.fandom.com/wiki/User_talk:DEathgod65?oldid=222274"
Community content is available under CC-BY-SA unless otherwise noted.