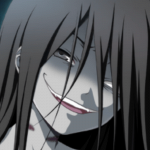 There was no need to create the "Prone Position" page. Theres already a page entitled "Prone."Stop drinking the haterade and start drinking the bubble tea!

Its ok man. I'll give you the link. http://battlefield.wikia.com/wiki/Prone When your searching for any page, just don't use quotes. Just type it in.Stop drinking the haterade and start drinking the bubble tea!

We don't have any page of it, but it's a very minor topic in the Battlefield gameplay and our article policy is not properly inclusive to minor parts of the game, so I don't think it's worth it. Pedro9basket (talk) [

Your latest images that you posted on Uprising, Fear No Evil and Night Shift haven't been licensed yet. It's best you do that so the pics won't get removed. If you don't know how to license, just tell me where you got them from and I'll do the work.

I don't really think it's worth it, mainly because we never did that. However, if you want a second opinion on the subject, ask one of our active admins/b'crat, such as Yuri or PE78. They're usually who have better opinion about these kind of additions. Pedro9basket (talk) [

You don't need to add a trivia point defining every single mission name. Most people are smart enough to figure it out. Raven's wing 11:28, February 24, 2012 (UTC)

I saw your edit summary here. Just so you know, we have Template:Delete to categorize the page as a Candidate for Deletion, which makes our job a bit easier finding which article need to be deleted. Thanks - Pedro9basket (talk) [

You could've confirmed with some admin before doing that, because neither were duplicated. Suppressive Fire is a tactic that can be used in all Battlefield games, Suppression is the technical mechanic used in BF3 to pin down the opponents. And Stun Grenade only had the BF3 part repeated while the BF2:MC was legitimately about Stun Grenades.

Please read the content and confirm the sources of games given (or confirm to an admin) before doing something like that again. Thanks - Pedro9basket (talk) [

Retrieved from "https://battlefield.fandom.com/wiki/User_talk:DanteVin?oldid=319203"
Community content is available under CC-BY-SA unless otherwise noted.