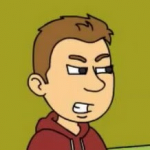 Your recent blog post concerning a supposed cancelled Battlefield title has been deleted, and is the latest in a series of articles authored by you in which you knowingly posted false information you insisted is genuine, in an apparent attempt to mislead and generate controversy. This behaviour goes against the core values of this wiki, regardless of the actual believably of said false content. You also attempted to disguise your actions through sockpuppetry, oppose deletion of the articles by creating bogus warning templates, and hiding behind the supposed vandalism immunity you believe is provided by blog posts.

(EDIT) I recommend to use Fan Fiction wiki instead to make this one.

You behaviour has left us no choice but to issue a temporary block. This will be your only warning, as your use of sockpuppetry is already grounds for a permanent ban on one of your two accounts active on this wiki. We are offering you a chance to reform by making meaningful, useful and truthful contributions to articles. Any further transgressions will not be tolerated.

Your ban has now expired, but it appears you returned several hours early by using your Wesley van Vianen account. In accordance with wiki rules against sockpuppetry, and to prevent potential future subversion, we are to permanently block one of these two accounts going forward. Currently, as the Wesley van Vianen account was used to circumvent the block, it is therefore the candidate for blocking. We would have liked to give you the choice, but as it stands you have yet to prove yourself trustworthy. I genuinely hope to be proved wrong.

I just saw BattlefieldFan2019 and Wesley van Vianen blocked for 9999 years. Can you explain what this happends?

Eric, it should go without saying that you are on very thin ice at the moment, and that your future on this wiki hangs in the balance.

Regardless, I must reiterate that on this wiki, we deal in facts, cite sources and ultimately help to inform and enlighten Battlefield fans. Based on your behavior up until now, this does not seem to interest you.

This site is no place for fake articles, fake templates or fake screenshot mockups, let alone sockpuppetry, disruptive use of templates and categories, and other actions you have recently, repeatedly conducted.

At this point, I earnestly advise you not to radically change your habits, but to cease participation on this wiki. The Battlefield Fan Fiction Wiki seems more of your cup of tea.

After ample opportunity for reform it appears that at this moment there are no options other than for you to leave, voluntarily or otherwise, for a period of time.

Please be aware that this is not a personal attack against you, rather that this a decision supported by other active members of the Administrative team who believe your time would be better used elsewhere. As a show of good faith, we'd like to avoid blocking you if at all possible in the ostensibly remote event you decide to contribute suitably or become receptive to guidance.

As a general rule going forward do not make any more sockpuppets, and any future edits, articles, templates or images must not be added without the preceding input and approval of an active user, who you can ask using their talk page or using the official Discord.

You can't just lump every Battlefield V screenshot into the five maps currently announced depending on them having grass/sand/snow/urban terrain in the background. Furthermore, screenshots on map pages are meant to give a good overview of a map, convey layout or theme, or show unique details and features. There's no point adding an image to a map page is 90% of it is obscured by the main focus of the image, such as a player or vehicle. Please show restraint in this regard in future. --FluoxetinePatch (talk) 15:52, August 19, 2018 (UTC)

More signatures later in the future.

We dont have anything on the page yet including a name. Like Patch indicated in one of his reverts, wait for more info to be released before making a page. --awyman13

Retrieved from "https://battlefield.fandom.com/wiki/User_talk:EricSmith3688?oldid=373084"
Community content is available under CC-BY-SA unless otherwise noted.