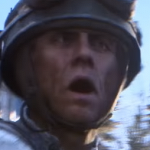 Heres screenshot of sidearms for each class in BF1. -- awyman13

Can you make the Weapon navbox for BF1 more similar to the BFHL navbox? It clearly distinguishes what weapon belongs to what class. -- awyman13

Noice! Now maybe we can attack the Codex page. -- awyman13

I actually tried that Patch and it was not feasible. Some of these descriptions are way to long to be in the table. -- awyman13

I killed that fucker for you. Protect your profile page too. -- awyman13

Hey patch Ive finally knocked out most of the Codex pages this weekend. We're now down to less than 20 codex pages needing to be created. Im also contemplating on wether or not we make Weapon Package pages for Vehicle specializations. While its true they are vehicle specific for tanks and what not planes are a different story. All fighters share the same packages from what Ive seen though I could be wrong. Give me your thoughts on the matter when you can. -- awyman13

About the pictures that I noticedEdit

Hey man just a heads up. I'll be deployed for six months in the middle east by the end of the month so I'll be semi-active for the remainder of the year. Hold down the fort for me. -- awyman13

I propose that we get a discord server up and running for general usage, namely we can make users stay if they feel apart of the community and/or get new users/make some older users return - Slopijoe (talk) 14:39, September 21, 2017 (UTC)

Hey, PillzSufrie here, sorry about adding in those pictures from imfdb, will update them with my own pictures from the Test Range - Unsigned comment was added by PillzSufrie (Contributions) at 19:01, January 13, 2019

I recommend you to block him indefinitely this time. He's been inserting the same type of false information on other wikis, and clearly has no intention of editing in good faith. Ultimate94ninja talk · contribs 23:02, April 8, 2019 (UTC)

Hey Patch can you complete the Trial By fire Weekly challenges. We’re almost out of time. --awyman13

We could potentially look on on youtube for descriptions. I record and post each weekly reward on my channel but not the descriptions. For future videos I’ll click on them so we can go back. --awyman13

Does the Soviet Union have any significance in BF4? Were any of the characters born there? How can I simulate the USSR in BF4 despite it no longer existing in reality, or in the game?

Sorry for posting on your archives again, but I need to make this clear to youEdit

Why was my page on the Republic of Cuba deleted? Is Cuba featured/mentioned in any of the Battlefield games?

OK, thanks for making that mistake. Just I thought it was unfair for other wars.

Can I please upload and use the flag of the Soviet Union from in-between 1936-1955 for use in WWII articles? That was the current flag of the USSR during the Second World War. For reference, looks like this: And this was the flag of the Soviet Union that you are using for WWII, which is incorrect because it was used from 1955-1991 and the Second World War was in-between the years 1939-1945. SovietFriends91 (talk) 10:13, July 6, 2020 (UTC)

President of Russia, China and the US in 2020 in BF4 Edit

Who is the president of Russia, China, and the US in BF4? Is there a way I can just pretend that the presidents are the same as they are in real life right now, such as Vladimir Putin, Xi Jinping, and Donald Trump respectively? Thanks for answering. SovietFriends91 (talk) 11:13, July 7, 2020 (UTC)

Hello, I have been having severe withdrawal symptoms from not playing BF4 for an extremely long amount of time. I feel so fidgety, and I have so many impulses about the game, especially since I have level 3 autism. I had previously been traumatized from BF4's campaign, and I was cured on 12th April 2020. The trauma (or as I call it "brain cancer") lasted 7 months 19 days. What traumatized me was watching Hannah die in the last mission, Suez, and if I did not have a big obsession over her, that could have simply been avoided. 7 months of disease. For no reason. I have been cured, and now I want to play it again and get back that epic game that is more epic than any other game I own. The problem is, is that I can't play BF4 on my Xbox One X, not because of glitches or crashes, just because the graphics and anti-aliasing is so poor. I want it on PS4 so bad, and I want my brother to bring his PS4 Pro over here so I can log in on my account and play it once again in high-quality. BF4 is exclusive in my eyes on PS4 and PC only, because it plays the best on those two platforms. What do you recommend about my mental health issues? Do you recommend anything against them? I live in Australia, and even the PS5 is coming out, I want a PS4 because the PS5 will be extremely expensive and unaffordable. Will people still play BF4 in Australia when I get one? Anyway, hope you have a great rest of your day and tell me nicely what to do about my mental health issues and withdrawal symptoms. Goodbye, and see you around. SovietFriends91 (talk) 04:28, July 8, 2020 (UTC)

Why do you keep reverting my edits where I change the location to the exact place in real life and maybe rewrite other words? Thanks for answering. SovietFriends91 (talk) 09:36, August 2, 2020 (UTC)

I feel very bad how the hammer and sickle was removed from the emblem editor in early 2017. I really want to use the hammer and sickle in my emblems, and if I do use it when it is created from other shapes, it always looks deformed. I feel angry and sad at the same time. Will it ever be added back into the emblem editor so I can have a dream come true? Here is a talk page on that topic: https://forums.battlefield.com/en-us/discussion/101345/hammer-and-sickle-removed-from-emblem-editor SovietFriends91 (talk) 08:16, August 9, 2020 (UTC)

It just sucks, finding a good Soviet flag/emblem is extremely difficult, especially if you have locked shapes in the unlockables section. It's so frustrating! Why was it even erased in the first place?!

Why is there no specific Korean People's Army (Armed forces of North Korea) on Propaganda and why do the Chinese attack the U.S in North Korea's stead? Why didn't DICE make a Korean People's Army faction exclusive to Propaganda? Also, will there be a Weapons Crate Pack 2 like we got Weapons Crate Pack 1? I hope I can see an AK-74 or an AKMS in that pack. Have we had any leaks and is that a possible update? Thanks for answering. SovietFriends91 (talk) 05:38, August 10, 2020 (UTC)

Can you please answer my question about why there is no Korean People's Army faction on Propaganda that is unique to that map? SovietFriends91 (talk) 10:14, August 10, 2020 (UTC)

Do you think BF4 will get remastered for the PS5 and Xbox Series X, just like MW1 and MW2 got remasted on the PS4 and Xbox One? What will the next Battlefield game be like in your opinion? I hope it resumes the role of Battlefield 4, maybe taking place a few years after Battlefield 4's setting, 2020. I hope it has more factions, new weapons, an AKMS, or AKS-74U I would adore, new maps, and new characters for the single-player if it gets developed. Maybe the characters from BF4's campaign could make a comeback, years after BF4. What are your best wishes for BF6 or the next one in the series? Let's have good hope. SovietFriends91 (talk) 10:49, August 10, 2020 (UTC)

I have recently logged back in and found out the specialization page in the home doesn't have any problems now, but trust me when I said it had problems previously. - Unsigned comment was added by Abattlefieldfan (Contributions) at 11:49, August 11, 2020

Hello, I recently made two edits about the sets kradschutzen and landschnekt, but they were removed. I believe if landshnekt was allowed to be there without its confirmed release then kradschutzen should stay as well, but if theres any problem you can remove them.- Unsigned comment was added by Imperialattack (Contributions) at 18:12, August 28, 2020

Retrieved from "https://battlefield.fandom.com/wiki/User_talk:FluoxetinePatch?oldid=378029"
Community content is available under CC-BY-SA unless otherwise noted.