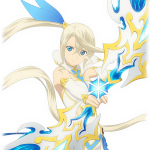 Hello! Please license your images. If you need assistance with this, let me know. Thanks!

Is it ok if I add you on steam. Also btw chuunibyou demo koi ga shitai is a good show.--

Ok my username is the same as this. If I forget I'll try to remind myself later. Auv revoir.--

You have to license that PMMM image, otherwise we're going to have to delete it as per the copyright policy. Юра

I wish they feature a faction selection like Medal of Honor Warfighter. Like Home vs Away but NATO and Major non-NATO allies vs CSTO, SCO, ALBA. Choose any countries whatever you want.KuronoX (talk) 08:21, January 17, 2015 (UTC)

I just made this winrar archive with 4K renders, feel free to download and reupload to this wiki if you have time.

Those images and information that the Thompson will be in Criminal Activity violates BF:LEAK as they were revealed in a spanish video that was leaked online. As such those edits needs to be reverted and those images removed until they are officially revealed. -- awyman13

No worries. It was found that they were leaked online through a trailer of the DLC on a Spanish website. Aside, for future references, try to reply to people on their respective talk page so that a notification message pops up. -- awyman13

Aside from the Thompson, have you spotted anything new from the Criminal Activity trailer? -- awyman13

May I see an image or a specific time on the trailer to confirm? -- awyman13

Hey Kurono just a heads up to inform you that Maxwell is relatively an inactive admin. As such you would be better off asking Apprentice or another admin to render them for you. -- awyman13

Will do, should have them up some time Wednesday. -

Thanks for adding some pictures of the character models from the Battlefield 1 multiplier.

I really appreciate you helping out.

Mind joining us at the discord? You are a TU.--

Retrieved from "https://battlefield.fandom.com/wiki/User_talk:KuronoX?oldid=345968"
Community content is available under CC-BY-SA unless otherwise noted.