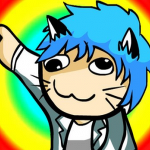 Hey there. We haven't really talked before but I just want to say as a new editor you've done some great work for the place. Thought I'd let you know about the Battlefield Wiki Discord we've just set up, and if you'd be up for trying it out. We're hoping it'll be useful for discussing edits and just giving the regulars more opportunties to talk to each other. Here's the link - https://discord.gg/yrptjCK
See you around. - FluoxetinePatch (talk) 16:28, September 22, 2017 (UTC)

I've noticed that you added the HUD icons to the ITNOTT DLC weapon's pages. Just want to let you know that I've added ingame pictures to the other ITNOTT DLC weapon's pages. These are: Perino, MG14, Mosin, Nagant Revolver & Obrez. Would be cool if you could add the HUD icons to these pages as well! (A picture of the C93 Carbine is impossible to screenshot out of the game as you can't customize it.)

Thanks and keep up the good work!

Hey man, just wanted to say good job with the pics. Pretty cool how you kinda tried to match the weapon with the nation. Keep up the good work bruv.ISAFollower (talk) 10:35, January 28, 2018 (UTC)

Hi, I'm not sure where I'd ask this as I don't edit here very often, but I am not sure to what degree real-life information is permitted on certain pages. Specifically, I was wondering whether it would be okay to add trivia notes on the codex entry pages to correct some of the information, as there are a few facts that they get wrong. --Template:Signatures/(AugFC) 17:03, July 3, 2018 (UTC)

Also i edited the page too.

Retrieved from "https://battlefield.fandom.com/wiki/User_talk:Lamicrosz?oldid=369113"
Community content is available under CC-BY-SA unless otherwise noted.