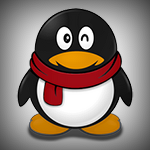 Hi there. Thanks for helping to clean up some pages, it's been very useful and saved me a job! Thanks again and keep up the good work. - Bondpedia (Contact) [

Thank you for reporting the vandal. I dealt with him accordingly. As for your appeals toward unprotecting pages, I have replied to them as well. -- awyman13

Thanks for offering! Normally I make the screenshots transparent myself, but I did not in this case because the images are coming from the CTE, which is currently only running one map with a very cloudy sky and none of walls have "clean" textures. Once the weapons are in retail I'll definitely be able to get us some clean shots, but for now I'll need to run around the map a little more and see if there's anywhere that might work.

I do actually have some stuff left over for the Robbery weapons that I never got around to finishing, thrown them together in a zip if you've got the time for them (I already did the MDC, so that's why it's not in there.) I also took screenshots of each primary weapon optic a while back, but I'm not sure if those would be better being transparent or with the sky still in the background, let me know what you think. -

Great work! The MP7 doesn't have a cocking animation per-se, the bolt release is just hit on the other side of the gun like in BF4, so you can't really show it in a screenshot. I forgot about the Battlelpack weapons, I'll see if I can get those later tonight. I'll let you know if I've got anything else you could help out with. Thanks again! -

Everything seems to be fine. Everything is enabled and unprotected. It should let you, so i would say wait a bit and try again later. -- awyman13

No idea why that's happening, comments are enabled and you have no blocks on your account here or anything. Yeah, get a hold of Wikia staff if it keeps acting up. Sorry! -

Gonna try and work on getting images for the BF4 weapons this week, they have been in a sorry state for way too long. Expect some stuff coming your way later if you're up for it. -

Merry Christmas Eve, here's every Carbine in the game! Do as many or as few as you like/have time for, anything that doesn't have a fourth image has a cocking animation that happens off screen. Let me know if you have any issues, more will be coming soon. Happy holidays and thanks again! -

I did indeed, welp. Still don't get why DICE wanted that many variants of the ACE. Anyway, great work! Everything looks to be in order right now. I also see you brought the bot here to change some licenses, haven't had one of them around for a while. Totally off-topic, but are they very difficult to set up? I've been wanting to make one but I haven't really found any helpful documentation on them. -

Each of the ACE variants in the game all use the same base model, literally the only difference is the magazine and barrel length. They could've at least changed the stamping on each, but they didn't even bother with that and left the same serial on all them. I'm sorry, but as our resident gun nut I find this incredibly annoying.

Anyway, that'll all be very useful for the bot, thanks! I'm thinking I'll give making one a go next week. -

I do indeed, sorry for the delay! I'll see if I can send you some later tonight. Thanks for helping out! -

You wouldnt happen to know which model of Lamborghini the "Luxury Coupe" that is being added to Getaway would be? -- awyman13

Think you could chim in on this? BF Wiki was referred to directly after all. -- awyman13

Here are the remaining Assault rifles and all DMRs, throwing the remaining BF4 weapons together now and I'll get clean Getaway images later this week. Let me know if you need anything else. Thanks! -

No biggie, images are renamed and added now. Next up is Shotguns and leftover LMGs, putting together the snipers and then we should be able to move on to Hardline. Thanks again for helping with this, I really appreciate it. -

I swear, I can never keep these Chinese designations straight. Everything looks good, only thing was that the UTS iron sight file was still at 1080 so I removed the extra space in the image.
Here are the Sniper Rifles, only other ones left are the SMGs. I'll get those myself, and then all the primary and secondary weapons should be done. Thanks again! -

Retrieved from "https://battlefield.fandom.com/wiki/User_talk:LegendFPS?oldid=291102"
Community content is available under CC-BY-SA unless otherwise noted.