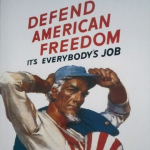 RE:How can i help Edit

Try and add a small amount of information about guns in Battlefield 2 in real life, about 2-3 lines, and flesh out the pages. If you're unable to do that, check out the link on Forum:b2fs.wiki and add some stats from that place

try and use the Signature button once in a while, as that makes replying easier! (also, you can create a custom signature by creating a page titled 'Template:Signature/MerchantOfIron' and change it to your liking)

I can understand that, but since the SAS is a British military force, it would go under the United Kingdom. And either way, honestly, there's barely any information on Battlefield 2 and its a poor article because it's a copy/paste of Wikipedia. Note that this is the Battlefield Wiki, we don't need Wikipedia recopied all over our articles, we need in-game information. What I suggest you do is pretty much make a resume of the SAS info there, make a Heading 2 Section on the UK article and get some information on Battlefield 2. You can base your structure on Japan or Italy, as those are the ideal kind of Factions articles. Good luck! SSD 天皇陛下萬歳！ 23:50, May 18, 2010 (UTC)

Hah ha, I love your enthusiasm! But seriously, there's nothing wrong with the Japan or Italy articles, I'm saying you should renovate the United Kingdom page to look like those, and add SAS as a sub-article, since the SAS is British. Oh, and you didn't reply, so I thought you weren't really up to it. SSD 天皇陛下萬歳！ 00:55, May 20, 2010 (UTC)

Well... it is a good idea, but wikia security would be all up in our private crevices and shut down our blog in a second, our wiki is much like Russia's history, the good comes in, then is wiped out for a seriously long time, then for a sliver of time it is good, then bad again. But yes, it would be one of the best ideas of all time, where a few users would get powers and others would not, but coups on the wiki are nearly impossible to do, so overall, good idea, but it is impossible.

i made a page for you here. just edit that, make sure to include a link to your user page and talk page. If you need any help, just ask me, and i'll be happy to help!

I've been noticing that you've been complaining alot about call of duty wiki, please stop complaining about CoD wikia here. If you have problems with them, don't bring it over here. Deathgod65 Death from above 06:30, May 21, 2010 (UTC)

Mind reading my story, called The Man Behind the Enemy Lines? A lot of people like it!

I'm not a fool. It cannot take you five simple minutes to read through obber 13 chapters and understand it.

You actually know what that means? It means to "rolling on the floor laughing while eating popcorn". I was amused by both of you, PGB and you in the argument. File:Anim-ac-130 emblem.gifCommander W567123danielWanna Talk?|My Duty|Wassup? 23:59, May 24, 2010 (UTC)

Hi, thanks for making the wiki more lively with you blog posts! It's been really boring before you came, and sorry about that last message i sent you, hope your not offended by it or anything, just didn't want you to bring trouble over to the wiki Deathgod65 Death from above 01:22, May 25, 2010 (UTC)

sure, as long as you make sure to reference the site when you make the edits

No, Legionnaire Mercenaries were his bodyguard, but Serdar couldn't pay, so the Legionnaire invaded his palace, but the other guys are all of Serdaristan's army. They say it on multiple occasions that they're fighting Serdaristani troops. SSD 天皇陛下萬歳！ 01:43, June 1, 2010 (UTC)

It has come to my attention that once again your Blog Posts have caused some trouble again, i strongly suggest you control what you blog as it has obviously offended someone. And also you might want to give an apology to Sactage.

Yep, I gotta agree. Your blogging might liven up the place, but you definitely shouldn't use it to demean others, even if it is an opinion. Try making you opinions not include others. You realise you could have made that blog without mentioning Sactage, right? SSD 天皇陛下萬歳！ 20:24, June 1, 2010 (UTC)

Your blog did not start the "fire", so to speak, between PGB and I. It simply fanned the flames between he and I. Don't fret over it. I'm not a big fan of PGB, even though he can be a nice guy. I beleive he is just anti-codwiki, hence the part of him supporting you (because you were anti-codwiki at one point) and defaming greiver and 808.404 Error File Not Found Please Try Again 21:12, June 1, 2010 (UTC)

Would you please leave your statement of the events on my talk page. Use links, quotes and references, just give me your side of the story. I and other admins will take care of the rest if needed.

I know a great wiki you can join. It's about Warfare from WWII untill now. www.modernwar.wikia.com is the URL. Not many users. Cpt.Z Sig not working ATM.

2. Type in your name

In the future, there are instructions at BF:IRC, and PGB, you can automatically generate instructions using {{Battlefield Wiki:IRC}} - Bondpedia (Talk) (Contributions)

Try going to webchat.freednote then.

You have never left your home country. You have probably never ever seen a foreign country. ;)

I was just kidding bro.

Obama is a broccoli.

Retrieved from "https://battlefield.fandom.com/wiki/User_talk:MerchantofDeath?oldid=94608"
Community content is available under CC-BY-SA unless otherwise noted.