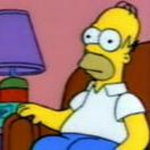 Hi, welcome to Battlefield Series Wiki! Thanks for your edit to the Talk:Battlefield: Bad Company 2 page.

Water under the bridge, my friend. Edit

Blocks exist for two primary reasons. 1) To get people to see what they did wrong, and 2) to prevent malicious users from damaging the wiki. Since you are sincerely apologetic and have no intent of damaging the wiki, what purpose does having you blocked serve? Well, it serves a less important secondary reason, which is punishment. I agree you deserve to be punished, but a month seems a bit excessive given that you do not fall into either of the primary reasons. Imrlybord7 01:14, May 12, 2010 (UTC)

I've gone ahead and given you the ability to edit your own talk page. I trust that you won't abuse the privilege and it is rude of us to carry on CoD Wiki conversations on other wikis. Imrlybord7 01:20, May 12, 2010 (UTC)

Helljumper, A recent image upload of yours (File:untitled.png) has no copyright information. Please add the copy right info or it will be deleted. As it is an in-game screenshot, you'll need to add the tag {{EA}}

Not really, as most of the gallery screenshots we have are just expanded versions of those. Also, your sig, is it preference code or a template?

Can't say that I am, they won't even help themselvs, why should I?

It's because of the tightly knit group of editors here, me, you, dolten, bond, cruz, etc.

Thats what me and Darthkenobi0 have been saying for months.

So yes, basiclly it IS bullshit.

Yeah, but no one's ever on unless we organize a meeting.

We should do that more often.

Good enough for me.

I think you should read our Manual of Style. Not that your edits are bad, just that a lot of things could use some reviewing.

Hmmm, you're gonna take picture from BF2? That's swell! I have a request, though. Get the full image, not just the picture of the gun. It gives players a better idea of the gun in-game if it's the full-sized picture. The M16 has plenty of good examples and you should do the same if you're going to take pictures. Good stuff.

If the originals are the ones including the full image, then just those.

Well, if that "Waiting for 1 more player" message is very obstructive and obnoxious, then yes, it would be preferable to get the images from real gameplay. Would you still be willing to get the images?

Yep, just about anything you can take a picture of. Vehicles too, maybe even stuff like equipment, etc. Thanks a lot!

Wow, they look great! Well done. One thing, though. When you name your images, try to make them a little more relevant so we can find them more easily. You seemed to named them "BF2 [bunch of random numbers]", try naming it "BF2 M24" or "BF2 M4A1", depending on what image it is.

Ah ok, but just remember to rename them when before you upload them!

I do have Battlefield Vietnam, and I really like it. There are some decent servers still around and you can easily join one of them with 30-50 players on it. The weapons are pretty cool, though some just really suck (M14 ¬.¬), and the vehicles are a hella fun, especially once you get used t flying a jet or a helicopter. Not to mention, the maps are original and cool-looking.

Yeah, it would be pretty good to do that. I expect a lot of things from BFV to return in BFBC2V. For the images, not that I know of, the fastest way to upload images would be to make a gallery, but that's it...

No there isn't. I'll create one.

Please license your images from now on, {{EA}} is not sufficient. DON'T just put {{EA}}, it categorises it, suggesting it's properly licensed when it isn't. If you need help, ask. As regards the following images, can you outline their origin. Did you make them, or did you find them? If the latter, where?

You may have noticed that, to try to conclude the TMOI/PGB conflict, a small, private inquiry is being established. We intend to use statements from both sides, plus the evidence in various places, to decide who was at fault and what should be done. As you know about, and have assisted in, the procedure, I'm inviting you to take part in this. If you are interested, or even if you aren't, please send me an email so details can be confirmed. Furthermore, I need to discuss the organisation with you, so please email me for that. If you don't already have my email, you'll find a link at the bottom of the sidebar when you visit my userpage. Please reply by email, not talkpage. Thanks. - Bondpedia (Contact • Contributions)

Go to my userpage. Down the left side, below all the usual stuff, there are links to upload, contributions, special pages etc. One of them should read E-mail this user. Oh, hang on, it only does that it your email is registered. What the hell, email thomasrbendall@yahoo.co.uk - Bondpedia (Contact • Contributions)

I'm goin to make a group for it on BFH. Just thought I'd let you know :D CruzDude {Talk} {Contributions}

That was slightly (OK, incredibly) harsh. What brought that on? - Bondpedia (Contact • Contributions)

If you don't mind me asking, what pissed you off that he did? Christalk

Yeah, that would piss anyone off. Well at least you had your reason. I would be fucking pissed if that happened to me, I can tell you that. Anyway, I haven't seen him around at all, you're always welcome to come back. --Callofduty4 (Talk) 12:06, August 6, 2010 (UTC)

Awesome, good to see you're coming back. I currently applied to adopt the CoD Fanon wiki. Hopefully I can eventually move the fucking fanfics over there and clean up the mess they've left. You're still blocked for a week, do you want me to remove that? --Callofduty4 (Talk) 12:14, August 6, 2010 (UTC)

This is too big for BF:SIG, can you please alter it - Bondpedia (Contact • Contributions)

Could you please give your vote on September's Featured Article.

Got it in one. And the BF wiki link on my CoD wiki sig - Read my CoD wiki userpage. There isn't any reason to direct people to an inactive section of a user's profile, so why not link people to the place where I actually edit these days. Common sense, innit.

i'll give you 3 reasons

1 too many godamm fanboys - Also in BF

2 too many god damm campers - ALSO in BF

3 everyone who plays it totaly foregets about everyother game and just plays it 15 hours a day - What a coincidence, that happens in BF, as well!

Sorry about locking down you blogpost. Unfortunately people weren't trying not to be dicks about what they don't like.

Go ahead and do it, don't think it'll do any harm. However, you might wanna double check with PE78.

You can make a blog about it, but make a large note that because it is leaked that we cannot post them until they are officially described by DICE or when the game is released, whichever comes first.

Retrieved from "https://battlefield.fandom.com/wiki/User_talk:N7?oldid=110576"
Community content is available under CC-BY-SA unless otherwise noted.