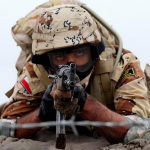 Yuri combined them all but made the former pages subpages. I guess he may have removed trivia. Just restore it. On a related note, apparetly Wake is the only map we know of that is featured in BFO! -- awyman13

It's fine man. I assumed from the text as well that it was Chinese which was arrogant. Well, with all due respect, have fun! unless there are some gun info boxes you guys need doing I honestly don't think I can help. However... I do have something to check with the camos... give me a sec to...-- Hyperborrean22Talk 18:01, March 19, 2014 (UTC)

That franchise should be dead. Юра

Well, yeah. That's why I wound up as an admin here in the first place. I used to just edit a lot. Юра

Your my only XBL friend with a higher gamescore then I, well played kind sir, well played indeed. Now all you have to do is beat Stallion83! -- awyman13

We need to find a good pic for the PLR page. That cell phone pic we have is crap. You are the PLR Soldier after all!  awyman13

I've been trying to give that thing to Awy that we both saw. you know, yankee. Can you please convince him to accept me mailing him. I already have his email (he left it lying around wiki) and am just asking out of courtesy. (I would post it here but then I thought it would cause some problems so better to keep it private). Please do convince him to give me the green light and not blank me. he really should see this...-- Hyperborrean22Talk 19:00, March 23, 2014 (UTC)

The only reason why I'm mailing this is because I feel Awy should see it but I don't feel like getting involved with yankee any more than I have to. Remember you still promised to vouche if Awy thinks this is photo shop or something. I don't want my face dragged through the mud...-- Hyperborrean22Talk 18:55, March 24, 2014 (UTC)

Steam's bugging out so I have nobody to talk to right now. Юра

Aight. I guess I'll talk to PSK then. Юра

Nice to know there's a couple other people here who know what it's like to have 100 degree weather all summer. Here's to enjoying Spring while it lasts! -

Hey PLR,
I'm messaging you and PLR about be becoming a leader within our platoon. For the past 2 weeks or so I have been trying to get a squad together from friends on BF4. Several factors have led me to applying for a promotion (on battlelog).
1: I will be a leader in essence. In order to retain some control over my friends, I feel it is necessary to be higher ranked then them. Initially I asked if a complex tier system could be put in place but it seems that's not possible so instead I'm just asking to be made a leader.
2: It would help me greatly get people who don't use battledlog into the platoon. I would be able to simply invite a user to the clan and accept him.
3: Floux has upgraded to PS4. You are without a leader on PS3. Granted we have Austin and PSK as founders but I do not feel that is a reason to reject my application as you originally had floux on and it wasn't a problem.
I've chatted to Alex and he said to ask you guys so I'm aksing. Can I be a leader?-- Hyperborrean22Talk 14:58, March 26, 2014 (UTC)

You are the only one

That I am upset with. Юра

Note: To anyone reading this, the situation has concluded and been resolved. Please do not question Yuri or I about this. Thank you.

Its ALIVE! Get you up to speed:

EXACTLY! Thats what ive been saying the ENTIRE time! -- awyman13

PLR can you make Gold Crate/M-COM Locations into subpages of the respective objective? While we're at it you think Collectible Dog Tags should be a subpage as well. -- awyman13

No I mean make Gold Crate Locations a subpage for Gold Crates and tge same for M-COM. But we could also put the mission sections on their respective pages -- awyman13

PLR those location pages dont deserve a separate page but i dont think you should have them on the M-COM or Gold Crate pages. Just put a link on them like their was before. -- awyman13

(Talk/Work) 02:27, April 4, 2014 (UTC)
Can you do the same for collectible dog tags? Can you also overhaul it like the MCOM locations, giving detailed descriptions, etc. -- awyman13

Can you turn all Battlelog related pages into subpages of Battlelog? You can find the list at Battlelog (Disambiguation) as well as the new addition, Loadout Preset. Remember, they still need to be separate. -- awyman13

Can you add the Loadout Preset pics as seen on the BF Blog to the page? I would but whats the point if my phone will just upload bad quality ones. -- awyman13

1. I accidently mixed up a few of the Dog Tag/Collectible Dog Tags, can you fix it using this as reference?

2. Can you find a pic for Firebird?

"Cook Our Lamb Under My Name Soundly"

The secret to my userpage overhaul is hidden in that sentence above. Can you figure it out? :) -- awyman13

Here is a gold mine for you. Numerous chapters of CTW can be found here! If it says youve reach your reading limit, just go back to the previous page to fix it. -- awyman13

The webpage resets after a few days, making previously locked chapters available again! Essentially we can read the entire book. I suggest you start at CH20 as Im currently covering 15-20. -- awyman13

PLR, Chats fucking up for me. Be on in 2 hours when i get out of school and then we can chat. -- awyman13

Thank You! If you want to be technical, I actually have 10,748 edits. My Edit counter for my profile is just dumb and doesnt show the right amount though I go by it to avoid confusion. -- awyman13

How did you add those picture from my forum? I tried to add a picture from a photoshop I made, but I can't put it up. Please help. Pinoyriccochet (talk) 14:37, April 14, 2014 (UTC)pinoyriccochet

Proud of youself? You got Arrow to Change his profile pic. -_- -- awyman13

He changed it to the Emblem Ranks pic on your profile and then changed it back to the old one today. -- awyman13

Care to inform me what my edits were wiped from the AK-12 and ACE 23 articles? I did nothing but improve them and I swear I'm doing nothing wrong. It would be most appreciated if you were to tell me what was so wrong about them, so that I might refrain from breaking editing guidelines in the future. I swear every time I try to contribute to wikis I'm just bullied by admins..

PLR, I know the last month or so has not been amazingly beneficial for our friendship but I want to say whilst I'm at utter peace with this place, I forgive you and what's more, I ask for your forgiveness. I hope you understand I am nothing more than a bratty kid on the internet and honestly an asshole. I'm sorry if I upset you or caused problems for you. I would wish you a good career here but I don't wish (religious promise, don't ask). Instead I hope that you have a wonderful time here. Thank you friend.-- Hyperborrean22Talk 17:22, April 16, 2014 (UTC)

The message you left on my talk made me realize that I could get banned, which I really don't want. Thank you for pointing out that I need to place in the URL.Pinoyriccochet (talk) 14:16, April 22, 2014 (UTC)

Could your friend see if he can figure out what the text on the side of the CL6X says? I think it'd help a little with finding its RL counterpart. -

Cool, thanks. Looks like most of the Chinese optics are "State Property" then, I'll probably add that to the trivia. -

Awesome! Thanks for the promotion, I really appreciate it. -

Can you edit MediaWiki:Wikia.css? Neither PSK or I can. Юра

Add the level infoboxes to those BC2 iOS levels as well as the level pic? -- awyman13

Ive been meaning to get to you about this. Remember we have pages here for countries like the US, Russia, France, etc. Most BF4 Mission names are that of a country, hence why I renamed them with (Mission) in front.-- awyman13

All my video have a license of You Tube

And I upload just example of Slugs capacity!

all rights reserved! - Unsigned comment was added by Manguse (Contributions)

Unfortunately, several people from my real life have followed me here and have begun aggressing me. Via a friend googling my PSN name, he has discovered my account here. Before informing me of this, he told multiple individuals of my presence here. I have only just discovered this to a volley of hatred and aggression from others. I have came here asking you humbly, to assist me in deleting my presence on this site as much as possible. You may be thinking that the damage has already been done but in actual fact it has is only at it's base line. If I removed all trace of me from here, then I could claim I was never here. For this reason, I am asking for your help. I understand you are under no obligation to assist me (quite the opposite in fact...) but I do respectfully ask that you do. As this is essentially blanking my history allowing for a theoretical clean slate (which I accept you would not want me to have) I propose you block me once this has been thoroughly dealt with.

In the event you wish to discuss this with other admins (as it would mean deleting certain archives and references) I will understand and await a reply eagerly. I have posted a very similar message to Arrow's wall (I have no more time to post this anywhere else) but am happy for you to discuss with all admins if need be.

I would like to take a minute to state that I fully understand this is not facebook. However, members from my school do not understand that and there is nothing I can do.

Once again I ask you help me. I know this is not ideal but I fail to see any other alternatives... I would not be returning here if this wasn't a serious concern of mine.-- Hyperborrean22Talk 19:53, April 30, 2014 (UTC)

Retrieved from "https://battlefield.fandom.com/wiki/User_talk:PLR_Soldier?oldid=258605"
Community content is available under CC-BY-SA unless otherwise noted.