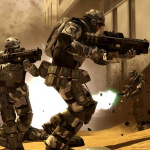 Thank you for your welcome to me when I was user 208.107.217.212. I had just created this account briefly after my edit as the latter. I hope to make useful edits and help out the community, as well as a couple point-outs here and there. :) - Unsigned comment was added by Jack of All (Contributions)

"...back when the internet sounded like magic..."Pedro, DON'T say that. Hahaha, no seriously, please don't say that.

I thought you meant how the internet sound like as in using dial-up...

Yes, you most-definitely earned it. :) Thank you!

Retrieved from "https://battlefield.fandom.com/wiki/User_talk:Pedro9basket?oldid=265317"
Community content is available under CC-BY-SA unless otherwise noted.