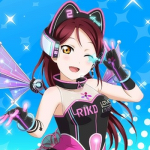 I wanted to remove it..

I just found this

You Can Stop It Now

What platform do you play on?

Retrieved from "https://battlefield.fandom.com/wiki/User_talk:Raven%27s_wing?oldid=160850"
Community content is available under CC-BY-SA unless otherwise noted.