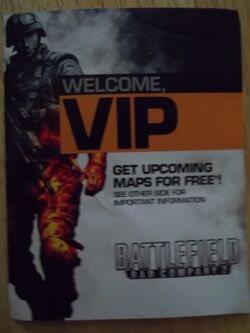 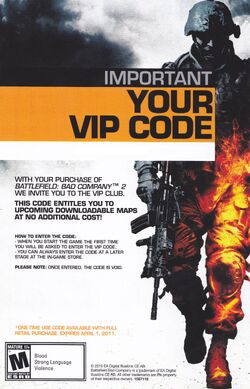 The VIP Program was a series of content that came free with each new copy of Battlefield: Bad Company 2 and offered new map and game mode variations to players upon their release. 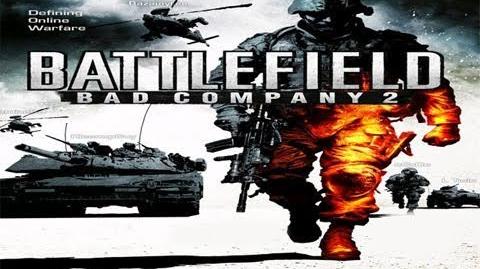