Wellington House is a Codex Entry featured in Battlefield 1. It is unlocked upon obtaining 25 headshots with the Peacekeeper. 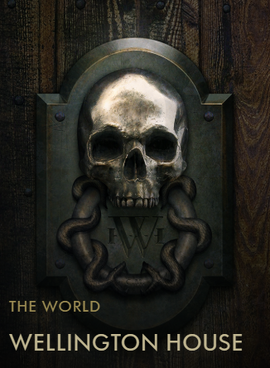 Britain’s War Propaganda Bureau, also known as Wellington House, was organized by Charles Masterman, who recruited prominent British artists and writers like H.G Wells, Arthur Conan Doyle, and Thomas Hardy to promote Britain's war interests. They worked in top secrecy on books, pamphlets, posters, and newspapers designed to encourage recruitment, raise morale and approval of the war at home, and wage psychological warfare against the enemy abroad. They used reports of both alleged and proven German atrocities during the invasion of Belgium and highly scripted movie-reels like “The Battle of the Somme” to affect the emotions of readers and viewers and influence public opinion. By 1916, the Wellington House was put under direct control of the Foreign Office.

Retrieved from "https://battlefield.fandom.com/wiki/Wellington_House_(Codex_Entry)?oldid=343243"
Community content is available under CC-BY-SA unless otherwise noted.