Not to be confused with Battlefield 1942, the first game in the series.
"经历全面战争的黎明(Experience the Dawn of All-Out War)"
— 宣传词
战地风云1（英文：Battlefield 1）是由DICE制作、EA发行的一款第一人称射击游戏，是战地系列中第十五部作品。该游戏设置于第一次世界大战期间，它第一次独占于第八代游戏机，并于2016年10月21日在全世界发布。

While many elements from past installments return, Battlefield 1 presents vehicles in a much more prominent role than commonly seen in WWI settings, featuring first-generation tanks, bi- and triplanes, and airships. Unarmored cavalry—soldiers on horseback—will also make a first appearance. Due to the prevalence of trench warfare during World War I, melee combat features an increased focus from past installments. Chemical weapons like Mustard Gas, which were used extensively during World War I, are also present and can be combated via a vision-obscuring Gas Mask.

They Shall Not Pass

On August 24, 2016, DICE announced Battlefield 1: They Shall Not Pass alongside Battlefield Premium. The pack introduces the French Army as a playable faction in addition to four new maps set in Verdun and the Aisne-Marne Offensive, new weapons, vehicles, and Codex Entries. It is scheduled to release in March 2017.

In The Name of the Tsar

On August 24, 2016, DICE announced a second unnamed expansion for Battlefield 1 that would include the Russian Army as a playable faction. Battlefield 1: In The Name Of The Tsar was formally announced on February 28, 2017. It will take place on the Russian frontlines across four maps. It is set to be released in Spring 2017.[1]

On February 28, 2017, DICE announced the Battlefield 1: Turning Tides expansion as well as two other expansion packs. It will center on naval warfare of World War I in battles such as the Zeebrugge Raid and Gallipoli Offensive across four new maps. It is set to release in Summer 2017.[2]

On February 28, 2017, DICE announced the Battlefield 1: Apocalypse expansion as well as two other expansion packs. It will center on infamous battles of the Great War with the addition of four new maps. It is set to release in Winter 2017.[3]

Battlefield Premium is available in a similar vein to previous games, granting two-week early access to all four paid expansions at no extra cost, in addition to 14 Battlepacks issued monthly. Pre-order of the Battlefield 1: Premium Pass was put up for sale on Origin on August 24th, 2016.[4]

The Battlefield 1: Original Soundtrack was released on October 28, 2016. It was composed by Johan Soderqvist and Patrik Andren and consists of 25 tracks.

According to lead designer Daniel Berlin, the idea of a Battlefield game set within WWI was one that DICE had toyed with for a long time.[5]

The game was originally going to have a more standard campaign format. The campaign was revised into a series of short stories connected by the "theme" of WWI, namely its scale, to show how many people it affected. The idea of making the campaign an adventure game was explored during development.[6]

The game was confirmed on October 28, 2014 by EA CEO Andrew Wilson, following claims from analysts that a new Battlefield game would release in 2016 due to the release of Battlefield Hardline in early 2015 as well as the release of the new Star Wars: Battlefront in late 2015. The game was confirmed by EA CFO Blake Jorgensen during the 2014 UBS Global Technology Conference to be military focused. He said he has already seen the game and it is shaping up to be a "fun, new Battlefield".[7]

The title's 2016 release was reaffirmed during an EA investor call in July 2015, as the company plans for the game to be their core shooter title for 2016.[8]

Following the release of Star Wars Battlefront, DICE announced in December 2015 that the core team had moved on to the development of the next Battlefield.[9]

The official reveal for the game took place on May 6, 2016.[10] In preparation for the game's May 6 reveal, DICE and Visceral began a promotion called Road To Battlefield, offering free expansions to players of Battlefield 4 and Battlefield Hardline, the two previous titles in the franchise.[11]

In North America, the PC version will only be available through digital download.[12]

On August 15th, 2016 the Open Beta was announced on to start on August 31st, 2016 and ran until September 8, 2016[13] Players who signed up for the Battlefield Insider program before August 21st, 2016 gained access to the Open Beta one day early on August 30th, 2016. The beta featured two gamemodes, Rush and Conquest, on the map Sinai Desert. To celebrate the approaching end of the Open Beta, DICE released an update on September 6, 2016, DICE to remove match timers so rounds could be played indefinitely and unlocked all available weapons within the beta.

Screenshot of the countdown timer on May 3 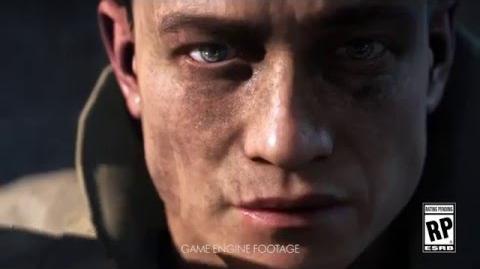 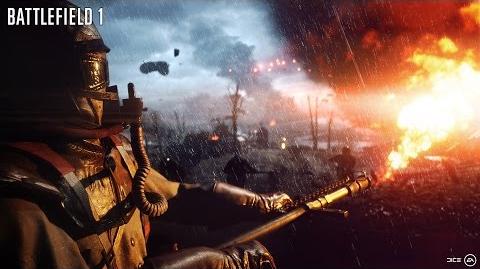 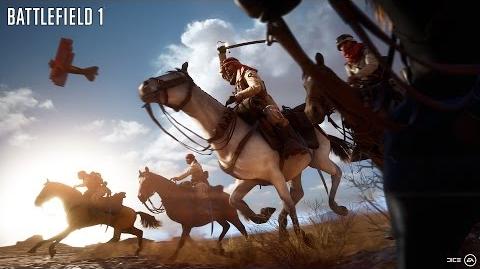